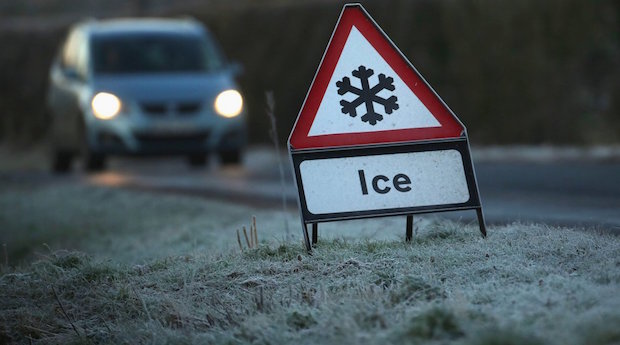 Plunging overnight temperatures have left many roads and footpaths in treacherous conditions across Donegal this morning.

Gritters were out in full-force last night in a bid to treat roads as best they could.

But with temperatures plunging to up to below -5 in some places, motorists are being advised to take extreme care.

Many footpaths too are treacherous in towns and villages across the county.

“Lowest temperatures of -2 to -8 degrees, coldest in east Connacht, Leinster and Ulster.

“Slippery paths and treacherous roads also due to snow accumulation and ice.”

The Department of Education and Skills has said schools nationwide will remain open tomorrow.

A spokesperson told RTE News “The Department is continuing to monitor the situation nationwide and will follow any advice from the National Emergency Coordination Group.”

We will bring you any updates on possible closures and badly-hit roads as soon as we get them.