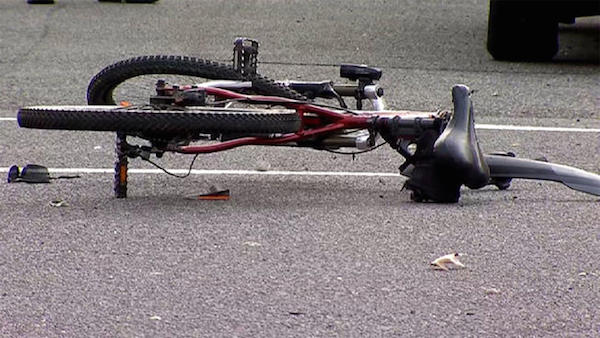 Young boy recovering after being struck in hit-and-run

A young schoolboy is recovering after being knocked off his bike in a hit-and-run incident in Inishowen.

Fifteen-year-old Shay Hannon was traveling to a friend’s house in Carnamoyle in Muff when he was struck from behind by a car.

Shane was knocked into a ditch and suffered injuries to his hand and knee.

Both his bike and phone were also damaged in the incident.

To make matters worse, the car which struck the schoolboy then sped off without stopping.

Shay’s outraged mum Martina said her son was lucky but she is outraged that the driver did not stop to see how Shay was.

She said “I’m speaking out in case the driver may have left the scene in a panic and is maybe reconsidering their actions now I do not understand how anyone could hit a child on their bike and leave the scene.

“Shay is extremely lucky that he wasn’t knocked out because the road he was on is a very quiet road and I fear that he may not have been seen in the ditch. He has hurt his knee and hand in the accident and both are swollen but not broken thank God. His bike and his phone are broken.”

Gardai have been alerted to the incident and have appealed for anybody who may know about what happened to come forward.

It is understood the car involved in the hit-and-run was a black Citroen car.

Martina said she is thankful that Shay was not more seriously hurt and said the outcome could have been much worse.

The driver did not stop. Shay was left to pull his damaged bike up from the ditch and was unable to contact any of us as his phone had been smashed in his pocket.

“If anyone saw or knows anything please come forward. This has been reported to the guards, they attended the scene and a statement has been made. Today could’ve ended very differently for us and we are so grateful that Shay is ok. I just can’t believe that someone would hit someone on their bike and drive on. I’m absolutely shocked,” added Martina.

Young boy recovering after being struck in hit-and-run was last modified: December 12th, 2017 by Stephen Maguire
Tags:
CYCLISTdonegalGardaihit and runInishowenmuff