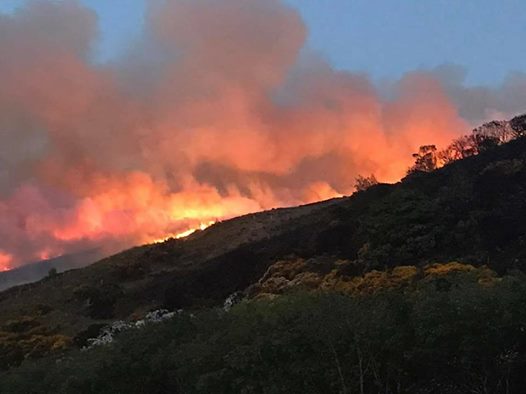 ‘Innocent farmers should not be penalised for hill fires’ – Donegal TD

Donegal TD Charlie McConalogue has called on Agriculture Minister Michael Creed to ensure that farmers are treated fairly and are not penalised for gorse fires that occurred in May earlier this year.

The Department of Agriculture has withheld payments from farmers who have commonage shares alongside or in areas where the hill fires took place, leaving them without payments or income in the run up to Christmas.

He said: “These farmers were not responsible for the fires that took place but they are being victimised by the Department, which is refusing to release payments to them.

“Many were issued with summary fines on their Single Farm Payment as a result of their land being burned outside the designated burning season, and now they are being forced to choose between accepting the summary fines or appealing them and having to wait months for any payment pending the outcome of the appeal.

“This is an entirely unacceptable and unjust system and Minister Creed must change his approach.  I have already raised it with the Minister and I will continue to press the issue with him.  It is crucial that this matter is resolved so that farmers can be issued with their payments before Christmas.

“Hill farming is a low income occupation and farm support payments are critically important in ensuring a farm’s viability.  Farmers should not be left in the lurch because of the Department’s hard line and unjust approach in the run up to Christmas.  I will continue to pursue this issue until we secure a successful outcome”.