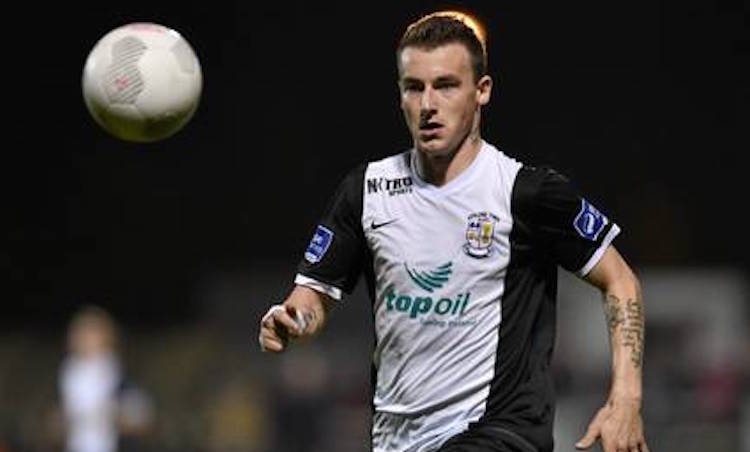 The Strabane native played with Longford Town last season in the First Division.

The 26-year-old started his League of Ireland career with another midlands club Athlone Town before spending a season with Wexford Youths in the Premier Division.

Horgan says the addition of a player of Friel’s experience will be needed as Harps strive to be a contender for promotion in 2018.

The Harps manager said: “Aidan has been playing League of Ireland football for the past three years so that is a big plus for me that he has agreed to sign. He’s a right-back and with Ethan Boyle gone it’s important that we got experienced cover in for that position” Horgan said.

Friel first played with his local club Strabane Athletic before signing for Athlone Town at the start of 2015 and actually made his league debut at Lisseywoolen against Finn Harps the following June.

In December 2015, he moved to promoted Premier Division side Wexford Youths. He made 26 league appearances for Shane Keegan’s side in 2016 but it ended in relegation via the play-offs.

At the end of that season Friel moved to join Longford Town ahead of the 2017 season.