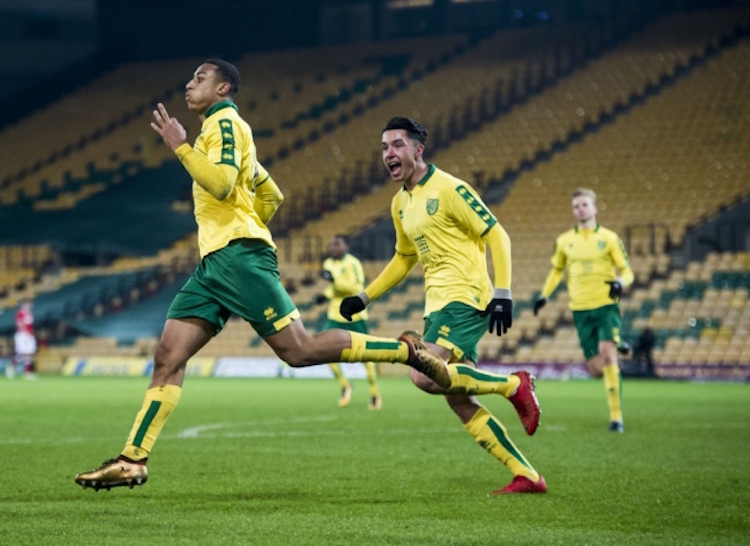 Norwich City’s hat-trick hero in a stunning FA Youth Cup match at Carrow Road last night was the same striker frustrated by Kildrum Tigers in the U19 Foyle Cup final earlier this year.

In July at Ardmore, Kildrum defeated a star-studded Norwich in the final, when Shane Brennan’s first-half goal made all the difference.

Fancied Norwich, a full-time outfit, were beaten 1-0 by the plucky Tigers.

And last night, there were some familiar names on show as Norwich defeated Barnsley 4-1.

Adam Idah netted a hat-trick last night to give the Canaries the win.

Idah had been shackled by the Tigers in the Foyle Cup while team-mates from the final Louis Lomas, Conor Parsons, Jaden Thompson-Brissett and Alan Fleming all featured last night.