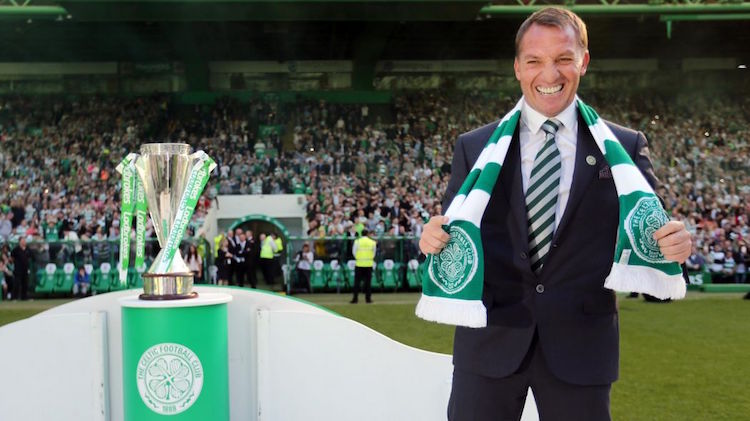 Celtic manager Brendan Rogers is coming to Donegal for a fundraising dinner in March 2018, it has been confirmed.

Rogers will attend a function on March 25 at the Silver Tassie Hotel.

The Association of Donegal Celtic Supporters Clubs has secured Rogers for the daty, which will raise funds for the Celtic FC Foundation’s Ability Counts programme.

“It will be an honour to attend the dinner in Donegal and I would like to thank Celtic FC Foundation and the Association of Donegal Celtic Supporters’ Clubs for all their efforts in bringing this event together,” Rogers said.

“It is great to see such great work being done by our Foundation. I know the success of the Ability Counts project is something we are very proud of and it’s fantastic that such a successful programme will now be delivered and developed in Ireland, to make a positive difference to the lives of some very deserving young people.

“Celtic is very fortunate to have such a wonderful supporter base in Donegal and I look forward to a fantastic night with our fans on March 25.”

Hoards of Celtic supporters travel to Glasgow and beyond every week to support the Hoops.

Denis O’Donnell said:  “We are extremely proud and privileged to be associated with Celtic FC Foundation in the promotion and organisation of this very special event in the nationally and internationally acclaimed Silver Tassie Hotel and Restaurant in Letterkenny.

“Since its very inception, the institution that is Celtic Football Club has been steeped in the principle of hope and charity for those less privileged, and from the hungry children of Glasgow’s East End in the 1880s to the destitute and desperate Syrian refugees of more recent times, countless thousands have benefited from the club’s concern and the generosity of each and every generation of Celtic supporters.

“In order to enhance and expand what Founding Father Brother Walfrid termed ‘the great work’, Celtic FC Foundation was established and the wonderful people who work there have brought the club’s charitable efforts to a whole new level and expanded it on a truly global scale.

“All Celtic supporters are justifiably proud of their efforts and we are delighted to have this opportunity to display, in a practical and meaningful way, our support and encouragement going forward.

“We are particularly excited by the fact that the proceeds from this event are to be used to support the development, in Ireland, of the Foundation’s award winning Ability Counts project which has the potential for life-changing improvement for so many individuals and families affected by Autism and Down’s Syndrome.

“It will, of course, be a singular honour for us in the North West to give a ‘Cead Mile Failte’ to our favourite Antrim man – the legendary and record-breaking Celtic manager, Brendan Rodgers. Indeed, it demonstrates the great importance the Celtic Family places on its charitable efforts that an individual of his standing would take the time out from his busy schedule to support the event.

“We look forward with great anticipation to his company on this auspicious occasion and we invite all Celtic supporters to join us for what promises to be an unforgettable night.”