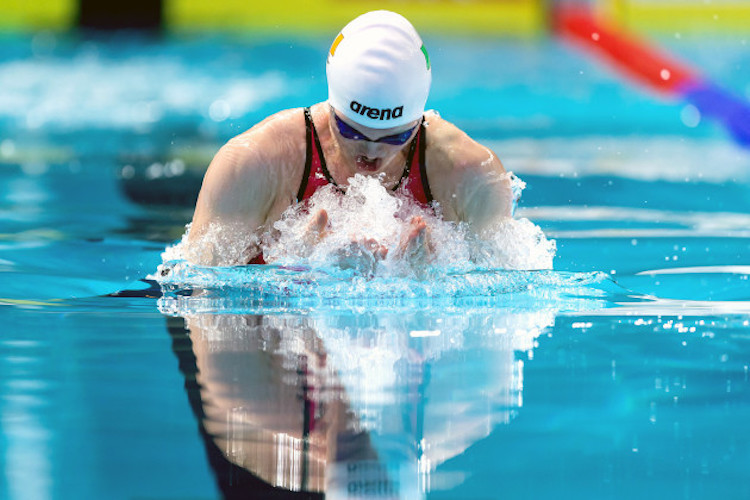 Mona McSharry finished in fifth place in the 100m breaststroke final at the European Short Course Swimming Championships in Copenhagen.

The Marlins Swimming Club Ballyshannon teenager finished in 1:05.01 in a final won by Ruta Meilutye from Lithuania in 1:03.79.

McSharry, in her first senior semi-final, was just 0.2 seconds from a medal and her time is a new Irish record.

McSharry, who hails from Grange in County Sligo, was third in her semi-final yesterday in 1:05.40.

That meant she was the eighth fasted qualifier.

Earlier in the week, McSharry – who won a World Junior gold medal this year – reached the 50m breaststroke semi-final and will compete in the 200m breaststroke tomorrow.