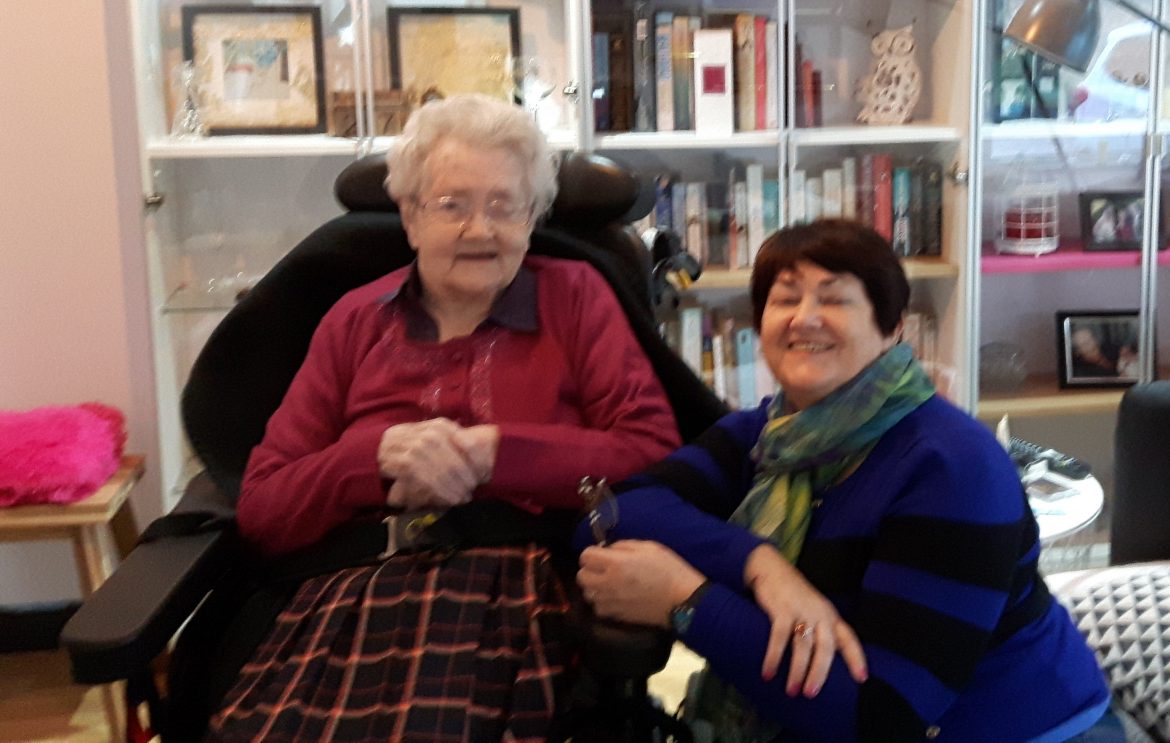 A Donegal woman and her mother are set to be treated to a much-needed home decluttering as they appear on the RTE series ‘Desperate Houses’ this week.

Architect and designer Róisín Murphy will be visiting Margaret Reilly in Kilcar to tackle her hoarding ways and give her home a much-needed spruce up in the popular Desperate Houses show. You can see how she gets on this Tuesday, December 19th on RTE1 at 8.30pm.

Margaret, aged 63, is a full-time carer for her mum Bernadette Doogan (93) who is wheelchair-bound.

Margaret is unable to leave the house, so people tend to visit her, and her home is often full of friends and family. The problem is – her house is too full to accommodate them, because Margaret loves a bargain or ten!

Margaret spends the eight hours respite she gets from being her mother’s carer volunteering in the local charity shop, with her lifelong best friend also called Margaret. This is one of the places that is responsible for her growing collection of handbags, shoes and scarves.

Not only do they shop in their own charity shop, but they take turns visiting the other three charity shops in the area and searching out the bargains.

Architect and designer Róisín Murphy along with her team are going to help Margaret declutter the items that she no longer needs and give her the space that she craves – her very own sanctuary in her bedroom and a much-needed sitting room for her and her many visitors to enjoy.

Here are some before photos from their house, but you’ll have to tune in to see what wonders Roisin works on the rooms!

The living room before the Desperate Houses worked their magic

The bedroom before the Desperate Houses visit