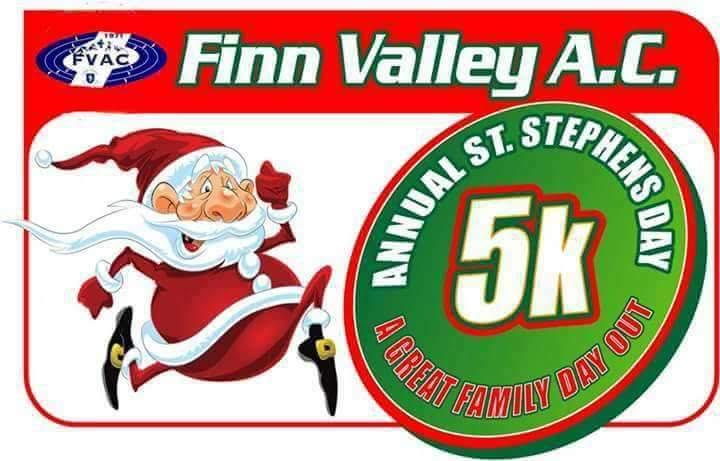 The honorary starter for the 47th annual Stephens Day 5k at the Finn Valley Centre Stranorlar, has been announced.

Retired teacher Manus O’Donnell, who was very pro active with the Finn Valley club in the  early days – indeed its first ever secretary – will perform the duties.

Many local sports stars, politicians and community activists have undertaken the task over the years hence it’s fitting to look back to acknowledge a man who was a principal teacher in Glencovitt NS, a school that engaged immediately in the new club  at the time.

It’s a 12 noon start and all are encouraged to come along to join in whether walking, jogging, running .

There are ample prizes, refreshments and a chance to meet people home for the holiday period.