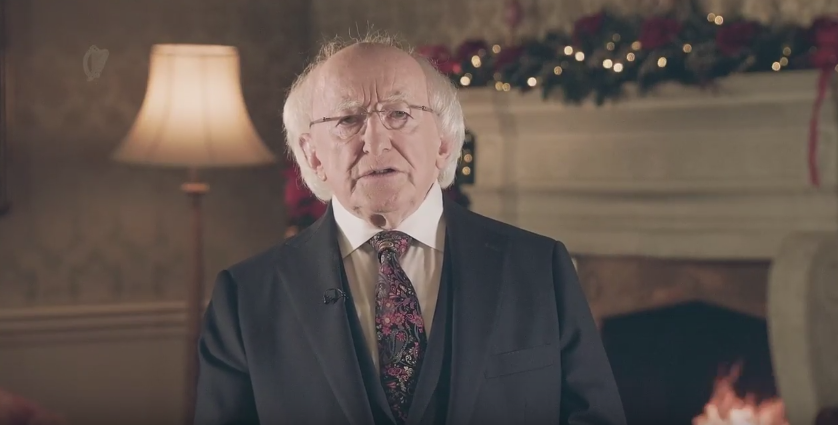 President Higgins: “The burden of homelessness will overshadow the festive season”

President Michael D. Higgins has highlighted the plight of the homeless in his Christmas and New Year message.

The President says that the festive season is a time of reflection, and discusses several contemporary issues, both home and away, facing humanity today.

Homelessness was highlighted during his address, bringing to the fore the sad reality that many do not have a home to enjoy Christmas in this year.

“This Christmas, once again, the burden of homelessness will overshadow the festive season for those deprived of a secure and permanent shelter.” Higgins calls for a “sustained commitment of awareness and care for those for whom each day is an act of survival.”

The homelessness crisis continues to worsen, with the latest figures showing an 11% increase in the number of persons accessing homeless services here in Donegal for the period January to October. In that same period, 205 adults were forced to access local authority homeless accommodation in Donegal.

President Higgins also spoke of the plight of refugees and people who have been displaced from their homes, saying that “wars, conflict, persecution, and natural disasters have forced more people to flee than at any other time since records began.”

He continues: “I know that Irish citizens across the world will stand with those who are suffering and that they will, as before, support those who are responding to these crises, and who are thus showing solidarity with the most vulnerable.

“Sabina and I had the great pleasure, in 2017, of meeting many of the Irish abroad including those in Australia and New Zealand.

“We were delighted to meet so many of our extended Irish family. To those and all the Irish abroad, and in whatever circumstances, I send greetings.

“May I also, mar Uachtarán na hÉireann, thank each and every one of you who are caring for our communities throughout the holiday season, and indeed as they do during the rest of the year, An Garda Síochána, the Prison Service, all of the staff in our hospitals and emergency services, and members of the Defence Forces serving abroad who are building or supporting peace.

“May I wish each and every one of you, wherever you may be, a peaceful and happy Christmas,” he concludes.