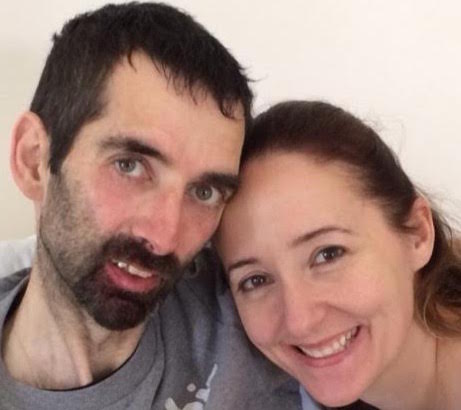 Letterkenny man Michael McGrath is returning from Austria after two weeks of treatment for his bowel cancer.

And doctors say the first bout of Immunotherapy treatment in Vienna has been very positive.

The 40-year-old captured the hearts of the public in appealing for financial support to help fund his treatment.

Amazingly a Go Fund Me page today surpassed the magical €150,000 mark but will remain open as Michael continues to need treatment.

Speaking to Donegal Daily as she prepared to leave Vienna, Michael’s sister Mary said he could not wait to get home to see his son Senan.

“Michael has just finished his last treatment here in Vienna until the New Year and we return home to Ireland tomorrow morning.

“Things have gone to plan so far and even though it is only early days there is a very positive vibe from the doctors.

“Michael is really looking forward to getting home to Senán and the rest of the family especially at this wonderful time of year.”

She added that although Michael still has a long road to travel, it could not have been possible to even start that journey without the people of Donegal and beyond.

“Once again thank you all from the bottom of our hearts for making this treatment a possibility for and giving Michael a shot at seeing his wee man growing up.

“We want to wish everyone a very Happy Christmas and enjoy the time with your loved ones, as we will.

“Keep up the prayers as we know its still a long road ahead but at least there is a road.”