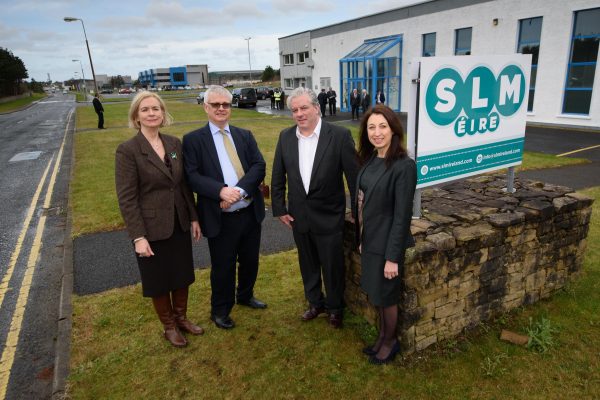 The West Donegal area of Gaoth Dobhair has been left devastated following the sudden closure of local call company SLM with the loss of 32 jobs this afternoon.

The company, located on the Gaoth Dobhair Industrial Estate, was put into liquidation this afternoon.

It is understood workers knew nothing of the imminent closure of the centre until staff from the parent company in Manchester arrived to tell them.

The decision has been described as a disgrace by local county councillor Michael Mac Gioalla Easbuig.

“These workers were being told that they were being let go and they were laid off an hour later. That is an absolute disgrace on the eve of Christmas.

“These people face an absolutely horrific Christmas and start to the New Year,” he said.

Deputy Pearse Doherty said he was extremely saddened to hear of the sudden closure this afternoon of the SLM plant.

“I understand that the workers at the centre were informed shortly after 2pm this afternoon by management that liquidators had been appointed to the company and that the facility is to close with immediate effect as a result.

“This is obviously devastating news for these workers, with the loss of 32 jobs being a huge blow for a rural area such as Gaoth Dobhair which would be the equivalent to thousands of job losses occurring somewhere like Dublin.

“This announcement came as a major shock, not least because there had been reports of additional staff being recruited to work in the facility in the new year – this clearly now won’t happen.

“It’s now the case that workers will now have to seek a redundancy package from the Department of Social Protection which is a terrible situation for them at the mouth of Christmas.

“Considering the fact that the firm has now been placed into liquidation after only a year into its operations here, I am calling on Údarás na Gaeltachta to immediately seek to recoup all supports which have been provided to the firm during that time.

“Similarly, I am calling on the Department to liaise with the liquidator to ensure that all payments and monies owed can be processed without delay.

“There is now also a pressing need for the Government to immediately establish a dedicated package of measures and investments aimed at supporting those made redundant today as well as to generate badly needed employment opportunities here in Gaoth Dobhair.

“Furthermore, I am also calling on the Minister of State Joe McHugh to appoint a new Board to Údarás na Gaeltacht without further delay, which has been without a board for over a month now.

Sinn Féin Councillor John Sheamais Ó Fearraigh also added the closure of SLM is a huge shock to the community.

“It is also a sad day for these workers who now face uncertainty, which is particularly difficult at this festive time of the year.

“This company was only 13 months in business here in Gaoth Dobhair, and it gave a commitment that it intended to employ up to and over 100 employees as part of future expansion plans.

“I am calling on Údarás na Gaeltachta and the relevant agencies to provide financial assistance to all those made redundant today.”

Families devastated on eve of Christmas as centre closes with loss of 32 jobs was last modified: December 23rd, 2017 by Stephen Maguire