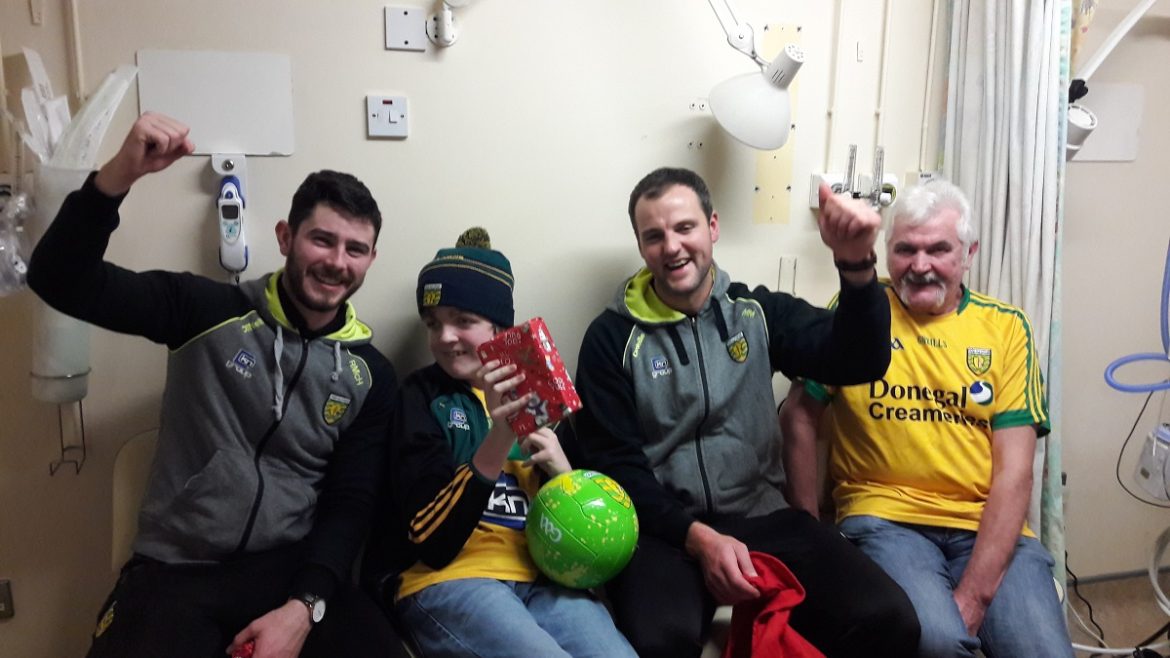 There was much excitement and delight this week when two GAA footballers paid a Christmas visit to Letterkenny University Hospital’s youngest patients.

Donegal Senior footballers Michael Murphy and Ryan McHugh took time out this Wednesday to visit the Paediatric Ward and share Christmas cheer with all the brave little fighters.

They had a gift for every child and brought some much-needed joy to children and parents during this difficult time for those who are ill.

Murphy and McHugh had a get well wish for everyone, which is sure to inspire them to keep their spirits high. The heart-warming event was much-welcomed by the hard-working staff of the ward too.

Pictured above is Donegal superfan Orrin Patton, who was joined by his granddad Leo Patton when he met his heroes.