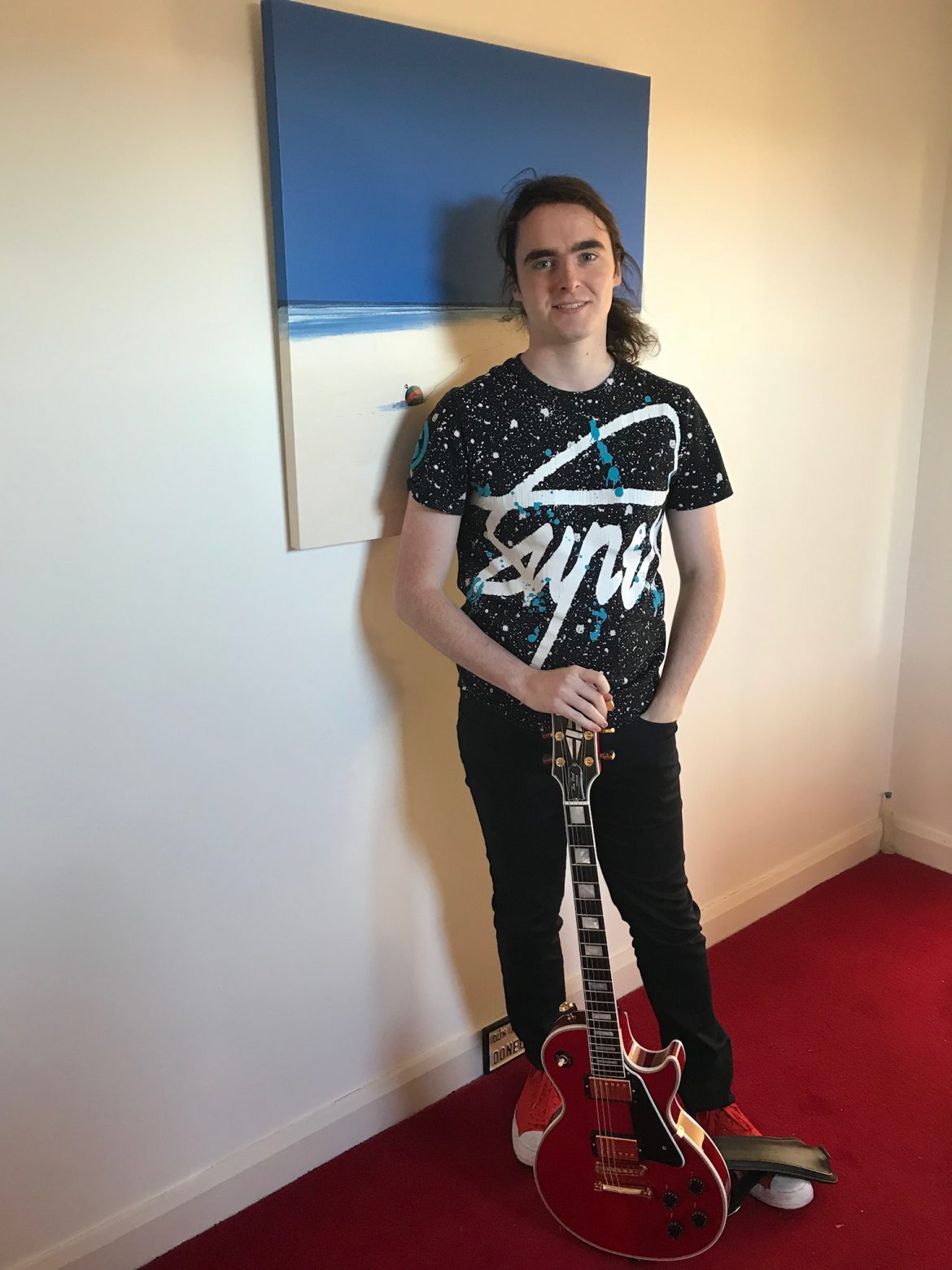 A young Donegal man is about to achieve the ambition of a lifetime when he takes up an offer to study at the one of the world’s most famous colleges of music at the turn of the year.

Connor Wilson Crumlish from Moville has secured a scholarship for the Berklee College of Music in Boston, America. Founded by Lawrence Berk in 1945, it was the first US school to teach the popular music of the time, jazz.

In the 1960s, it recognised guitar as a principal instrument, and rock music duly hit the campus. Berklee’s mission is to educate, train and develop students to excel in music as a career.

The 24-year-old is understandably excited at the prospect of heading Stateside in January.

“I start my two-year scholarship on January 10th and I’m really looking forward to it,” Connor says.

“The plan then is to set up a band and get touring,” the talented guitarist adds.

While Connor has an array of interests, music has always been top of the list.

He acquired his first instrument, a piano, when aged 7. Five years later, he finally got what he always wanted – an electric guitar.

Connor followed up with three guitar lessons and was deemed to be proficient and comfortable with his Fender Squire Guitar. During his secondary school days in Moville, Connor learned through guitar magazines, DVDs and listening to CDs.

Taking part in school shows and being in a band gave him further inspiration to follow the dream to becoming a full-time musician.

“Music has always been such an important part of my life and I feel so lucky to have secured a scholarship to Berklee,” he says.

During a family holiday to California, they made a surprise visit to the world famous Guitar Centre on Hollywood Boulevard. Connor availed of the opportunity to try out the many guitars on display, but couldn’t stop playing a Gibson SG standard in cherry red.

His parents, Paul and Josephine, duly surprised him with the six-string. This certainly proved a fruitful investment as eight years later he’s still playing it.

During his final years of secondary school, there weren’t enough students to run a music class. Consequently, this left Connor having to get his notes of a friend in the neighbouring secondary school and self teach the course. In his final exam, however, he still managed to obtain an A grade – a superb achievement, given the circumstances.

When secondary studies were progressing Connor visited the iconic Marshall Factory at Bletchley in Milton Keynes in the UK.

“The team at Marshall were extremely kind and introduced me to the Marshall founder, Dr Jim Marshall,” Connor recalls.

To this day Connor is afforded continued kindness from Marshall UK. After he completed his secondary studies he went on to study
Science in Dublin – he went to NUI Maynooth to specialise in Pharmaceutical and Biomedical Chemistry – before moving to study Jazz Music at Newpark Music Centre, Blackrock, Dublin. Connor achieved his Diploma at Newpark in 2016.

“Through all my schooling, I never lost sight of my ambition and would have sacrificed so much to achieve the opportunity I’ve secured,” he says.

“I’m looking forward to a nice Christmas at home with the family before I head off. I’m still getting some of the last-minute paper work sorted. I got word at the end of September that I had got the scholarship, so it’s meant I have plenty of time to get things organised,” he adds.