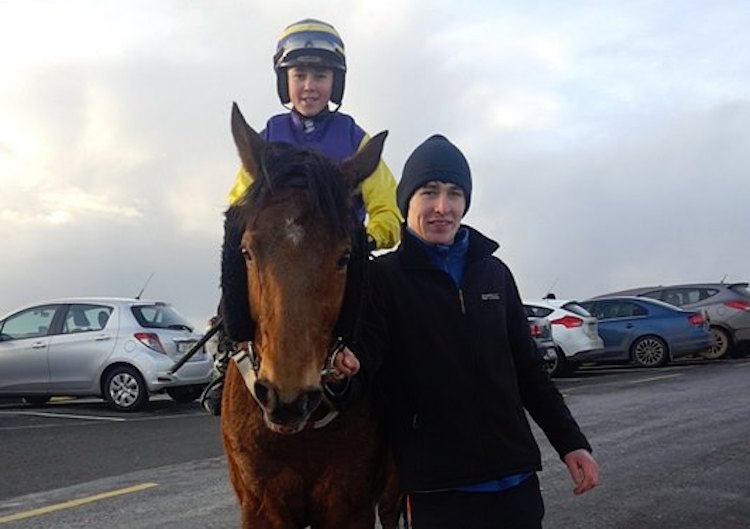 Letterkenny jockey Dylan Browne-McMonagle had a quick-fire double today at the Ballyheigue Races in Kerry.

Ballyheigue Races are held on the strand and holds one of the longest and oldest traditions run on the calendar.

This season’s champion jockey in the northwest and dual Dingle champion rider Browne-McMonagle was quickly on the score sheet when guiding Farmer Boyce to victory in the 153cm pony race.

Good Times A Head struck in the third race, the open 10 furlong for the young Letterkenny man to record his double.

It takes a lot of dedication to travel 600 miles round trip around the festive period and there seems no doubt that their is plenty a good times in front of the local teenager.

Racing will resume in the spring, towards the end of April.