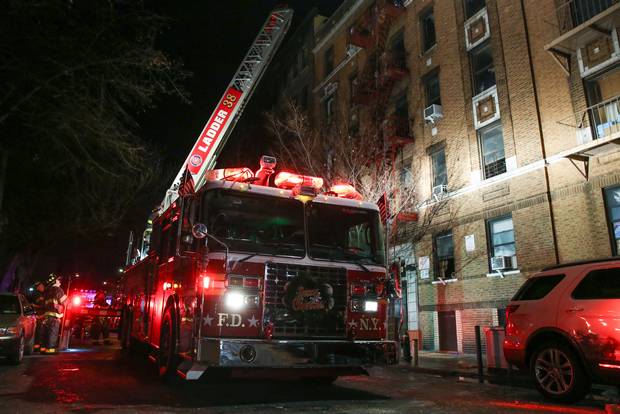 Twelve people including a baby have been killed following a horrific apartment fire in New York.

The blaze broke out in the Bronx.

The blaze started on the first floor of the building and quickly spread upstairs, city Fire Commissioner Daniel Nigro told reporters at a news conference with the mayor.

The cause of the blaze, which was attended to by more than 160 fire fighters, is under investigation.

Mayor of New York, De Blasio said the death toll ranked as “one of the worst losses of life to a fire in many, many years” in the city.

Four people were in hospital in critical condition “fighting for their lives,” the mayor said.

Two of the dead were found in a bathtub.

New York is going through a bitterly cold snap with sub-zero temperatures and high winds.

Wherever fire hoses sprayed, the ground was covered with sheets of ice, according to local reporters.