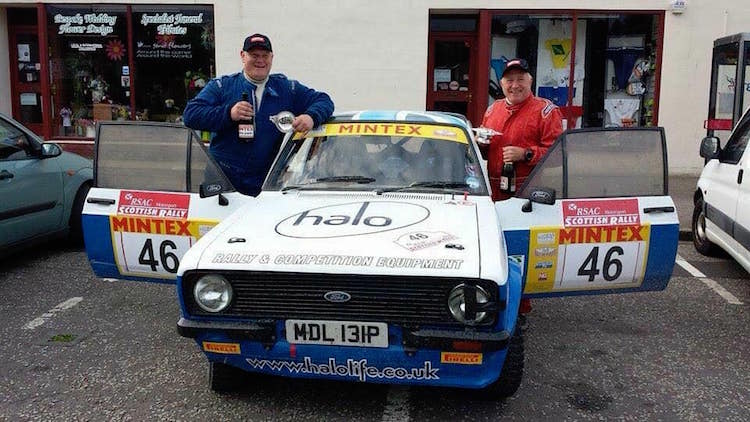 Donegal’s motorsport fraternity is mourning the death of two competitors in England who were well accustomed to rallying in this county.

Driver Shawn Rayner and co-driver Steve Dear – pictured above – were killed in an accident at the Loco 2 Stages Rally yesterday in England.

In June, Shawn along with Steve’s son, Declan, competed in the Donegal International Rally. The pair took part in the Historics section in their Mk2 Escort.

Yesterday, during the Loco 2 Stages Rally, a single-venue stage rally at Bramley Camp in Hampshire, Shawn and Steve lost their lives during competition.

“RIP to the two lads and deepest condolences to all their families. Your attitude and smile made you a welcome visitors every time you came to Ireland,” Donegal International Rally organisers said in a statement.

“…even when the car was giving bother on Saturday himself and Declan kept upbeat and plugging away. Tools and parts were secured overnight and the MKII was back to full health for Sunday morning.

“The talent shone with a fastest time and other top times all day. Promises were made to return in 2018.”

The Motor Sports Association said: “As with all serious incidents in or around UK motorsport, the MSA is now working with the event-organising club and the police to establish precisely what happened on this occasion.

“The MSA sends its sincere condolences to the family and friends of the deceased crew.

“The MSA will be making no further statement at this time.”