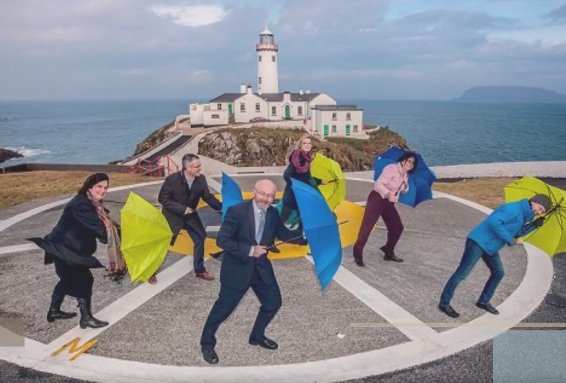 Donegal County Council has shared a video showcasing the top events of 2017.

Dozens of highlights from throughout the year are reflected on in the video, including the completion of special needs housing in Manorcunningham, the introduction of beach wheelchairs in Downings and Carrickfinn, Donegal gracing the cover of National Geographic‘s Travel Supplement, Seachtain na Gaeilge, and awards ceremonies hosted by Donegal County Council.

Although the video looks back on some of Donegal’s best moments during the year, they also reflect on the hardship Donegal people had to face. A poignant part of the video shows the devastation caused by the catastrophic flooding in Inishowen in August. As of the end of 2017, works on all regional routes are completed or near completion, although there is still much to be done into 2018 to repair the damage caused by the floods.