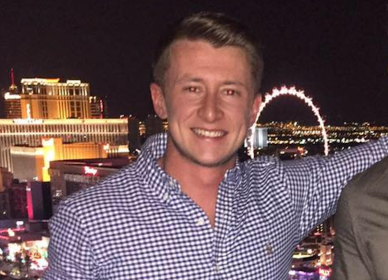 A young Scottish man who was killed in a tragic road accident is to be
buried today in Falcarragh.

Sean Heraghty was walking home after a night out in Dunfanaghy in the
early hours of Wednesday morning last when he was struck by a car.

Gardai have launched a full investigation into the crash which
happened at Sandhill on the outskirts of the seaside village around
4.15am.

A young man and two young women who were in the car which struck Mr
Heraghty were uninjured in the crash.

Mr Heragthy, whose family come from nearby Falcarragh, was visiting
the area for the festive season.

His family have a holiday home in the Falcarragh area and he often
visited the area with his family.

There has been a huge outpouring of grief following Sean’s tragic death.

As well as hundreds of online messages of sympathy, Celtic Football
Club, of whom Sean was a huge fan, paid tribute to the young victim.

He wrote: “Condolences from all at Celtic to family & friends of Sean
Heraghty, 26, who lost his life in a tragic accident in Donegal
earlier in the week.

“A big Celtic fan Sean will be a huge loss to all who knew him. RIP.”

Hundreds of people have called to say a final farewell to the popular
young man at his aunt Maureen and Pat Kelly’s house at Main Street,
Falcarragh in recent days.

A huge crowd is expected at his funeral mass today at 1pm in St.
Finnian’s Chruch, Falcarragh with burial afterwards in the adjoining
cemetery.