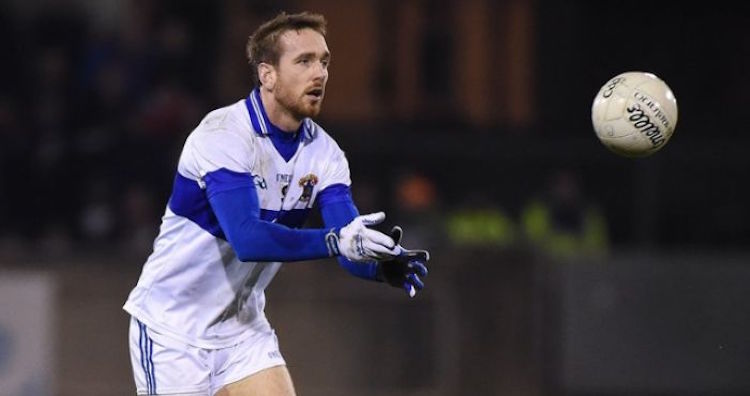 Nathan Mullins will make his debut for the Donegal senior football team in Wednesday’s Dr McKenna Cup clash against Queen’s University in Ballybofey.

During Brian Mullins’ time as principal at Carndonagh Community School, Nathan was born in Donegal and also lined out for Donegal at U21 level under Jim McGuinness.

Declan Bonner recruited Mullins, who has played in challenge games against Roscommon and Armagh.

And now Mullins is set to be given his head in the McKenna Cup.

“He is a mature player and everything he does is done professionally,” Bonner said.

Odhrán Mac Niallais is also likely to make his return this week, although Leo McLoone – who is back in the county panel again – will have to wait until closer to the end of January before he is ready to get back into competitive action.

Bonner said: “Leo is working hard and has a lot of rehab done on an injury. He’s back training and we’d expect to see him towards the end of the McKenna Cup or the start of the League.”

Although the new Donegal boss says his team will be largely experimental in the McKenna Cup games with Queen’s, Monaghan and Fermanagh, the likes of Martin O’Reilly, Eamonn Doherty, Caolan Ward, Hugh McFadden, Eoin Ban Gallagher, Michael Carroll, Mark Anthony McGinley, Michael Langan, Caolan McGonagle and Jamie Brennan are among those who will be featuring.