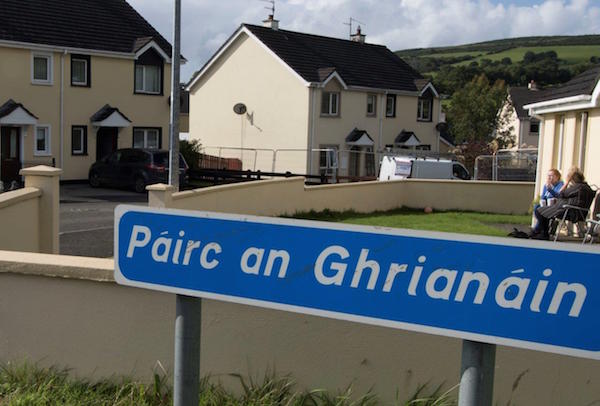 Eight families who were forced from their houses in a Co Donegal village almost five months ago are still no closer to returning home.

The families on the Pairc An Grianan estate in Burnfoot were forced to flee their homes on August 22nd last.

The families have been forced to live in temporary accommodation but are furious that they have been left high and dry by the Office of Public Works.

A security company is now being employed by Donegal County Council to guard their belongings upstairs in their original homes.

The residents again watched in horror as floodwaters threatened to flood their homes yesterday morning.

One of the residents, Mrs Kathleen Molloy, said she is fuming that they are being ignored by the Office of Public Works.

“It is now coming on five months and nothing has been done to help us get back into our homes.

“We are simply being panned off every time we ask for a date or an update about when we can expect to get back into our homes,” she said. 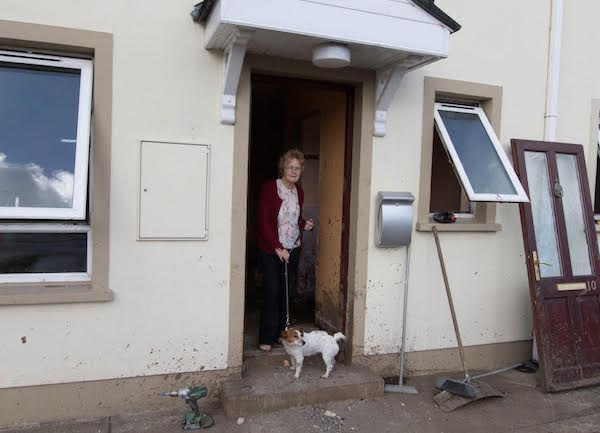 Kathleen outside her home after the flooding last August. Pic by Northwest Newspix.

Kathleen is one of a number of families who offered accommodation by Donegal County Council after the flooding.

“We were offered a house in Buncrana but I have lived in my home in Burnfoot for the past fifteen years and I don’t want to live in Buncrana so we made our own arrangements.

“I have to say the council have been very good but the issue is one for the OPW and we are simply getting nowhere with them,” she said.

Mrs Molloy said she has had a number of close calls over the years with flooding in her home but she has had a “calm acceptance” of the threat of her house being flooded.

“The flood barriers which we were given for our front and back doors by the council worked well on all the other occasions but we had a calm acceptance of this,” she added.

Chairman of Inishowen Municipal Authority, Cllr Jack Murray said the OPW need to act on the issue as soon as possible.

He estimated that around 20 families across the Peninsula are still out of their homes.

“The reality is that the families who live in Burnfoot need immediate help and need to be given answers and a timeframe about when they can be moved back into their homes.

“The entire village of Burnfoot needs to be protected and that could mean putting flood barriers along the river going through the town.

“We saw again the fear which the threat of flooding put into the people of the Peninsula. We were just lucky on this occasion that the waters subsided but it could happen again very quickly,” he said.