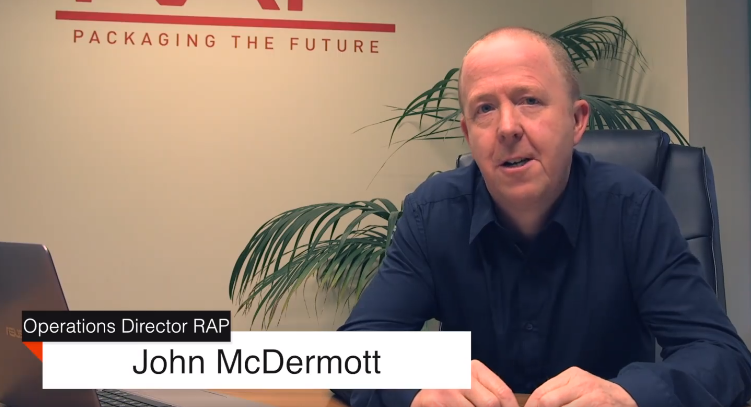 Despite the icy weather conditions, RAP’s operations director, John McDermott was overwhelmed at the turnout for their recruitment open day at their Gweedore Plant.

Less than 3 weeks ago RAP placed a call out to the public for people who might be returning from home for a Christmas break and maybe would be interested in making a more permanent move home.

Knowing that there were jobs available in the area, would give them the security to return. RAP were also interested to hear from anyone who was thinking of a career change, people living in Donegal or the surrounding counties.

Do you want to return home to Donegal?Are you interested in a career change?RAP Ireland may have the answer for you. Come along to their Job Recruitment Open Day on the 28th December.RAP Ireland, who manufacture food packaging for some major retailers, currently employ over 200 people at their base in Gweedore and produce almost 2 million food packs a day, seven days a week.https://www.donegaldaily.com/2017/12/21/rap-ireland-gweedore-host-jobs-open-day-for-anyone-thinking-about-moving-home-or-changing-their-career/

Commenting on the campaign, John McDermott, Operations Director said, “We are one of the largest employers in the Donegal Gaeltacht and having been established now in the heart of the community for 20 years, employing over 200 people, we know and understand that although people may think that we operate from a remote part of the world, it’s the work-life balance and the people in our community who have made our business a success. Our employees work hard, take pride in their jobs and in their workplace and this is clear to see when our customers visit us on site from time to time.”

John continued: “We’ve invested heavily over the years in research, development and innovation in an effort to create advanced processes that produce packaging solutions specific to our client’s needs. Continued up-skilling of our employees is central to that. We have also invested heavily in our manufacturing facility in Gaoth Dobhair over the past 20 years and this has helped us compete on a global scale.

“Our investments have been the major factor in winning a host of high profile contracts with companies such as Pret A Manger, Asda, Morrissons, Co-Operative Food, Waitrose, Carrefour, Aldi, Starbucks, Sainsburys, McDonalds, and KFC, to name but a few.”

“Almost 14 million units of food packaging leave Gaoth Dobhair for the USA, the Middle East, Australia and countries all across Europe every week and to know that over two million people a day purchase a product that we have produced packaging for from Donegal, is amazing.”

“In the past year, our production throughput has grown by over 33%, so we know we had to expand our team to keep up with customer demands. Our aim is to encourage people living abroad or at home seeking a career change to apply for these jobs.”

“Our staff turnover is very low, so that’s a reflection of our company being good place to work. I am proud to say, that three of the first four people employed when we first set up in January 1998 still remain in our employment today.

“We have people commuting daily from all over Donegal, such as Letterkenny, Dungloe and Killybegs and also have people making the daily commute from Derry and Omagh. That speaks for itself really. Many others that had no ties with the area whatsoever, made the move with their families from Ireland and abroad and have settled into the community here extremely well.” says John.

“Now that the foundations are in place and with the people we need hope to recruit, we can expand our manufacturing abilities at the Gaoth Dobhair Business Park and grow RAP as the world leader in next generation packaging.

“We will be reviewing all of the applications next week and every person who applied for these positions will be contacted within the next 2-3 weeks. It’s still not too late to send in your CV, please do so by emailing info@rapire.com outlining the position that you are interested in applying for. Go raibh míle maith agat,” concludes John.