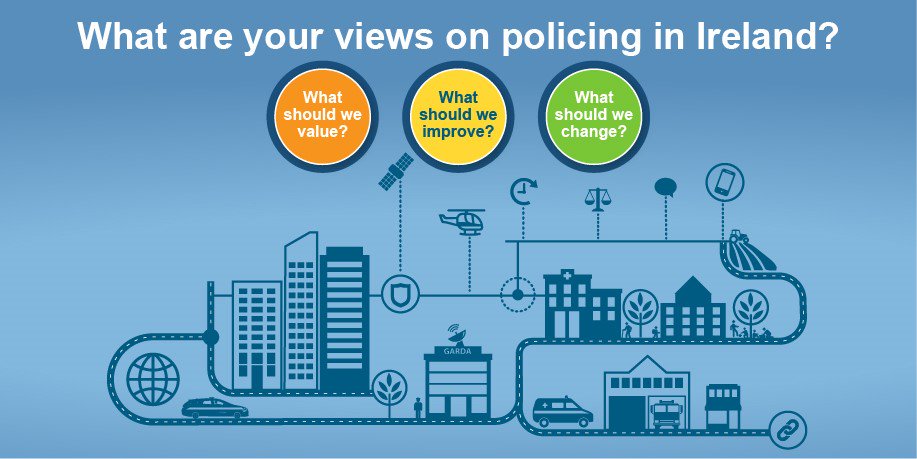 The Commission on the Future of Policing in Ireland are seeking public submission ahead of an open evening for people in the North West next week.

The independent Commission have invited members of the public, local community groups and interested stakeholders with views on the future of policing to attend the open evening will take place in Letterkenny Public Services Centre on Neil T Blaney Road next Thursday 11th of January between 6pm and 8pm.

The open evening is an opportunity for members of the public to drop in and meet with Commission members in an informal setting to discuss the future of policing.

The Chairperson of the Commission, Kathleen O’Toole said: “I’m delighted that the Commission will be in Donegal as part of our nationwide meet and greet programme on our important work. Consultation is central to informing the Commission’s work and we are eager to hear the views of the people across the county, in Letterkenny and beyond. As we work towards a blueprint for policing in Ireland it is essential that we hear directly from the very communities that a police service seeks to serve and protect.

Through these public meetings and our call for submissions, the Commission wants to stimulate a genuine national conversation on the future of policing in Ireland – so we would encourage everyone with an interest in the issue to come to our open evening in Letterkenny, and send us their views and opinions. All of these perspectives will help to inform our work.”

Members of the public are invited to make submissions online at policereform.ie before the deadline of January 31st 2018.

Public’s views sought on the future of policing ahead of Donegal meeting was last modified: January 4th, 2018 by Rachel McLaughlin
Tags:
Commission on the Future of Policing in Ireland