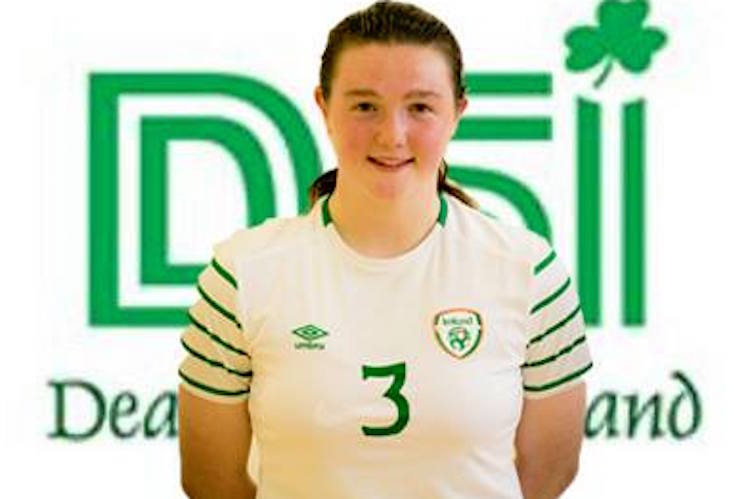 Ramelton woman Catherine Grier was among the goals for the Irish Deaf Women’s Futsal team in a 3-3 draw with the Netherlands this evening.

Grier netted as Ireland began the Deaf Women’s Futsal European Championship Qualifiers with a draw against their hosts.

At the Sporthal de Bloemhof, just outside Amsterdam, Grier scored Ireland’s second goal as they went 2-0 up. Grier tucked home after taking a pass from Rebekah Grant.

Laura Clarke scored the opener for Dave Bell’s team. Netherlands came back to 2-2 and Natalie O’Brien’s penalty looked to have won it for the Girls In Green only for a late Dutch goal to deny them an opening win.

Denise Doran was sent off for Ireland in the second half.

They now play Germany tomorrow at 9.30am and face Italy later tomorrow before taking on Denmark on Sunday.

Grier plays in the Donegal Women’s League and the North West Women’s Super League for Swilly Rovers and is a student at Mulroy College.