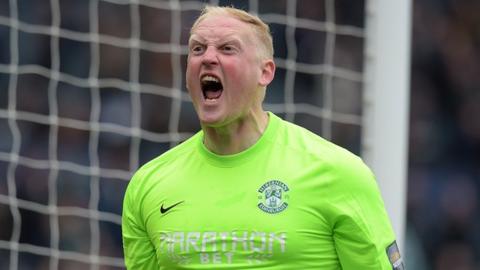 Ramelton’s Conrad Logan kept a clean sheet for Mansfield Town as the League Two side forced an FAI Cup third round replay against Championship side Cardiff City today.

At the Cardiff City Stadium, Logan kept Cardiff at Bay and the Stags will now have home advantage in the replay.

Logan beat away an early effort from Callum Patterson and the Donegal net-minder saved well from Rhys Healy.

Logan made a number of other key saves while Mansfield had chances of their own in the second half, but had to leave content with a replay.

Stevenage could have won it in the second half, with Jaakkola saving well to deny Jack King and Danny Newton and the teams will have to face into a replay.