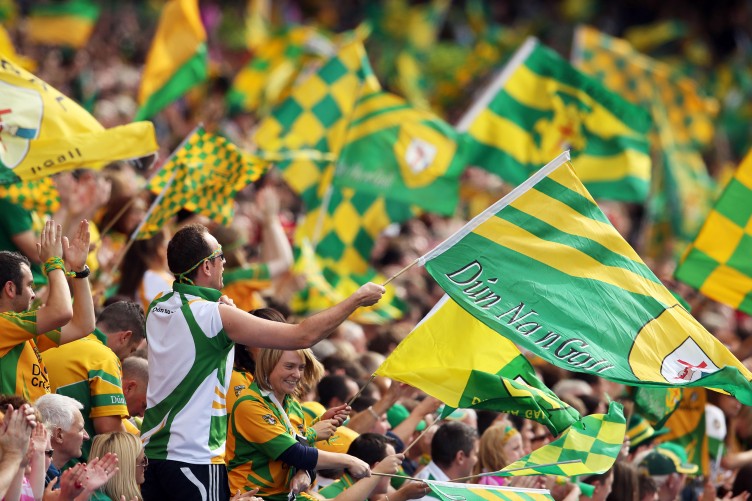 Donegal supporters were left angry and frustrated after traveling to Clones today for a McKenna Cup tie that was called off due to a frozen pitch.

The game between Donegal and Monaghan was a late casualty with the final decision to postpone the fixture made seven minutes after the initial throw-in time of 2pm.

Officials had pushed the start time back to 2.30pm in the hope of a rapid thaw, but one corner of St Tiernach’s Park in particular was causing difficulty and the game was off, leaving fans to make the long journey home after a wasted trip.

“The people organising these games don’t car about the supporters at all,” one irate supporter, who traveled from west Donegal, told Donegal Daily/Donegal Sport Hub.

“We left home before 10 o’clock this morning and now we have to all the way home again. They don’t appreciate the effort supporters go to for games. It’s a disgrace that they couldn’t have made the decision earlier as it was quite clear when we got to Clones that the pitch wouldn’t be playable – there was no way that bad patch was going to thaw out that quickly.”

The Armagh v Derry and Down v UUJ games were also called off.

The Ulster Council has confirmed that the re-fixture details will be announced tomorrow morning.

Did they only just discover that at 2pm?

Get rid of these nonsense January competitions. https://t.co/g0xbkejEmX

What genius only discovered that now?Wasting everyone's time!

The McKenna cup game involving donegal and Monaghan has been called off due to a frozen pitch. Ladies and gents I give you , Global Warming. 😂😂

Somebody should have made that call this morning!