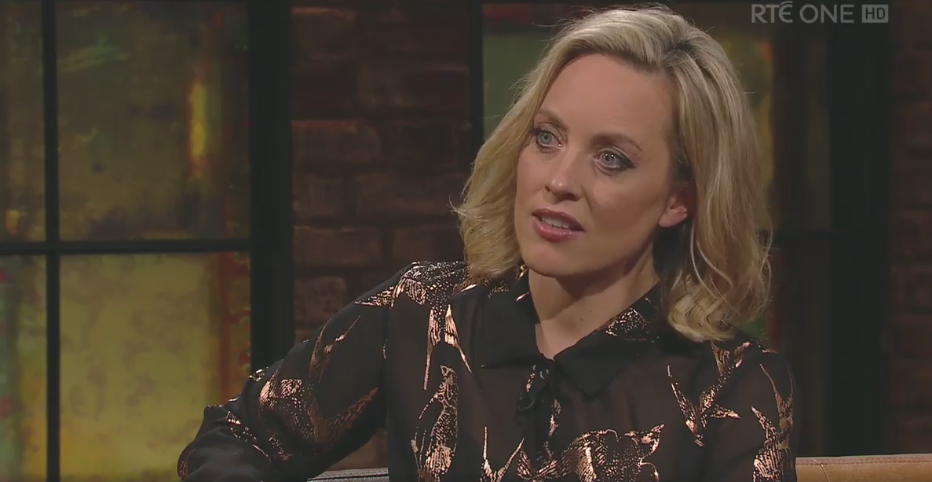 Kathryn Thomas: “Not a lot of women talk about it, but so many women go through miscarriage”

Kathryn Thomas has bravely spoken out about the heartbreak she suffered following two miscarriages on Friday’s ‘Late Late Show’.

The 38-year-old presenter highlighted that the topic of miscarriage still seems “taboo” in Ireland, and should be considered part of the pregnancy process.

She is currently 27 weeks pregnant with her first child with fiancé Padraig McLoughlin.

Kathryn told host Ryan Tubridy that she suffered a miscarriage six weeks in to her first pregnancy while on holiday in Greece. She had been beginning to lose hope after nine months of trying to conceive.

“We were in the Greek Islands so I had to get a boat and then into a hospital in Athens where nobody was speaking any English, and it was the most horrific experience.”

“Because of our line of work, I’d interviewed so many women who’d gone through miscarriage, and I had done the research, and I knew statistically one in four women have a miscarriage but I think until it happens to you, and I’m somebody who would be quite positive, I’ve got an optimistic tank and I’m always putting diesel into it, for me I’m very upbeat and when it happened to me, it completely floored me.”

“It was another eight months before we got pregnant again the second time and I was absolutely bricking it, is the only word, I didn’t enjoy it because you’re kind of nervous, you’re anxious.”

After six weeks, Kathryn and Padraig went for a scan. They were relieved when her pregnancy appeared to be healthy, but heartbreakingly she miscarried shortly afterwards.

“[We] celebrated because I kind of felt like six weeks was when it all went wrong for me the last time, and then that night, I miscarried again for the second time.

“It was very difficult to stay positive because all of my life, all of my job, all of my career, everything that I do, for me it’s like one of the best things in the world is instilling positivity and self-belief and confidence.”

Despite this, she felt a huge degree of self-doubt, asking herself “Did I leave it too late, am I working out too hard, am I eating the right thing?”

Six weeks into her current pregnancy, she was extremely anxious going for the “dreaded six week scan.”

“The anxiety never leaves you… when it’s happened to you a couple of times.”

During the six week scan, the sonographer said that she was concerned with the baby’s heartbeat as it was weak. She asked Kathryn to come back in ten days time.

“I was filling in on the Ray D’Arcy Show at the time and an hour and a half later I was on radio and I’ve no idea what I said and what I talked about.”

“I was defeated, I was absolutely defeated, and for me it was a very weird experience because I’m someone who always achieves, I’m a planner, I’m a problem solver.”

“Luckily we went in ten days later and there was a healthy happy baby and that’s hopefully that’s what’s happening here. I didn’t believe it for probably about three days.”

Kathryn says that she wanted to come on to talk about it as she was constantly asked “when are you having a family?”

“It is still a taboo subject in Ireland. I just think it needs to be part, and considered to be part, of the pregnancy process, because it is.”

“It’s taken us three long years… until I have a baby in my arms, it’s still kind of weird for me to talk about it, but if it gives anybody hope out there that you can get to a place, and just to try and stay as positive as you can, even when you don’t feel it, that would be the only piece of advice I’d give to any couples out there.”

Glowing Kathryn says we can expect to see lots of pictures of her new baby on Instagram when he or she arrives in the first week of April.

She also says that she feels great and has taken up the new hobby of baking!

Happy New Year everyone!! Bun in the oven has been cooking away over Christmas. I reckon this is going to be the easiest dry January I’ve ever done 😂 Here’s to an amazing year. 2018 is going be a good one.

Kathryn Thomas: “Not a lot of women talk about it, but so many women go through miscarriage” was last modified: January 7th, 2018 by Elaine McCallig