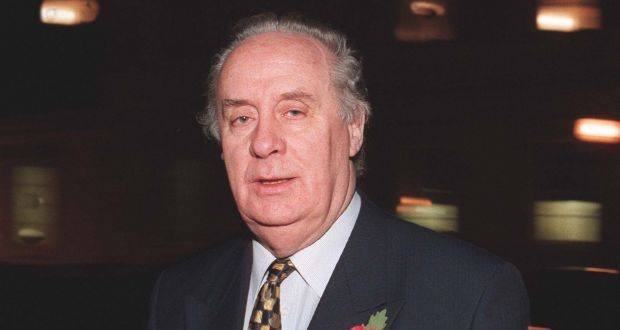 Fianna Fáil Leader Micheál Martin has expressed his sympathies to the family and friends of Paddy Harte Snr following the death of the former Donegal TD.

Deputy Martin paid tribute to the life and career of the Donegal figure, saying “Paddy Harte has left a lasting mark on Irish politics, not only through his work as a TD representing the people of Donegal North East, but also as a builder of bridges.

“As Fine Gael Spokesman on Northern Ireland, he was a politician who engaged meaningfully with all sides involved in the conflict.  He dedicated much of his life to public service, spending almost 4 decades in Dáil Éireann and working to further the peace process in the North.

“Paddy was a tireless worker and popular TD, but it is probably for his involvement in promoting the recognition of Irish people who died during World War I that he will be best remembered.  His determination to progress this issue not only acknowledged the sacrifice that Irish soldiers made in the First World War, it led to the construction of the Island of Ireland Peace Park and Round Tower in Belgium.

“This work saw him awarded numerous accolades including an Honorary OBE and an Honorary Doctorate of Laws from the National University of Ireland, as well as being named European of the Year in 1998.

“I want to extend my condolences to Paddy’s wife Rosaleen and his 9 children.  Ar dheis Dé go raibh a anam dílis”.