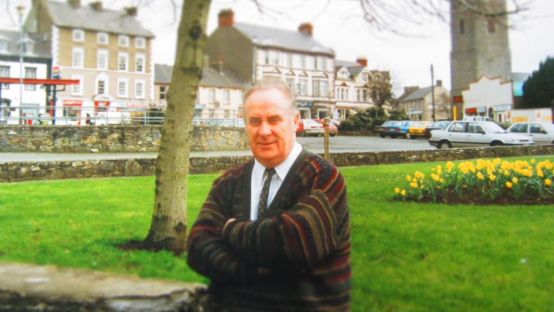 The Donegal community is in mourning today following the death of Paddy Harte Snr, a former Fine Gael TD.

Born in Lifford in 1931, Harte set up his own butchering businesses in Lifford and Raphoe before pursuing a life in politics. He was elected to the Dail for Donegal North-East in 1961 and served as a Minister of State for over 30 years until 1997. He also served as a spokesman on Northern Ireland and is noted for his peace and reconciliation work during the Troubles.

Harte was honoured as Donegal Person of the Year in 1998 and had documented his life and times in politics in a memoir entitled ‘Young Tigers and Mongrel Foxes’. His efforts to remember and recognise the Irish people who died during the First World War has created a lasting legacy through the Donegal Book of Honour.

He is survived by his wife Rosaleen, their nine children and extended family.

Donegal TD Joe McHugh has expressed his sympathy to the family of the late Paddy Harte.

“I went into politics after Paddy but was acutely aware when I entered Dáil Eireann of his work before me for the people of County Donegal,” said Minister McHugh.

“He also did incredible work to build bridges on this island during many dark days for our people and his lasting legacy will be the Island of Ireland Peace Park in Flanders, Belgium, which was officially opened by President McAleese in 1998.

“I want to express my deepest sympathies to his family and friends at this time. Go ndéana Dia trócaire air”.