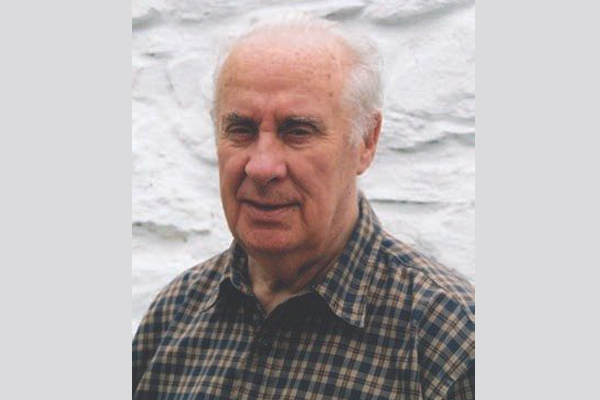 Tributes were paid to the late former Fine Gael TD, Minister of State and County Councillor Paddy Harte at this afternoon’s meeting of the Letterkenny Municipal District.

The 86-year-old from Raphoe died yesterday and tributes have been pouring in.

This afternoon’s meeting at the Letterkenny Public Services Centre was adjourned for 15 minutes after a minute’s silence as a mark of respect.

“Paddy was well known to me personally from I was a young boy and I knew him right up to his death,” said the Mayor of the Letterkenny Municipal District, Fine Gael Councillor Jimmy Kavanagh.

He was an absolute gentleman, he was always good humoured and he could listen to and tell a good story.

“He was also a very formidable politician and was best known for his work in the Northern Ireland Forum and, of course, the Idea of Ireland Peace Park in Flanders, which he helped to set up.

“He was a very courageous politician and I think it is fitting that we are now in 2018, the centenary of the ending of World War 1.”

Fellow Councillors joined in the words of sympathy.

“He would not have been selected for so long only for the hard work he did for the people,” Fianna Fáil Councillor Ciaran Brogan said, with his party colleague Councillor Liam Blaney adding: “I worked with him for a long number of years and I would echo those words of sympathy.”

Sinn Féin Councillor Gerry McMonagle, the Mayor of Donegal said: “You don’t be a public representative for so long without working hard and it is a testimony for the work he did as a councillor and as a TD.

“He did a lot of work on peace and reconciliation. Many times, we were at loggerheads and face-to-face over our differing politics, but we learned to live and move on. We have to acknowledge the work he did and he has left a fine legacy.”

Councillor John O’Donnell said Paddy Harte had always been ‘highly regarded and highly thought of’ and Councillor Ian McGarvey recounted a recent visit to see Mr Harte, who he said was ‘a very forward looking person’, in hospital.

“I met him by a swimming pool in Florida and he could tell me all about my family members; we had a long conversation and I enjoyed it. That was the type of man he was.”

He said: “He had a long and distinguished career at a time when there were some formidable politicians in the chamber.”