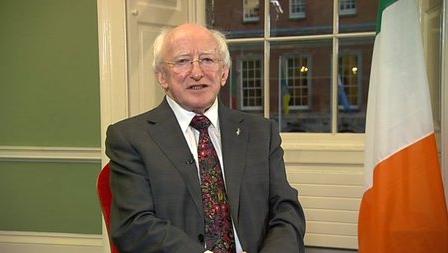 Former Donegal TD Paddy Harte of Raphoe passed away on Monday 8th January. Tributes have since poured in from local representatives and leading political figures to honour his life and work from many decades in politics.

Mr Harte’s funeral mass will be held on Thursday 12noon at St Eunan’s Church, Raphoe, with burial afterwards in the adjoining cemetery.

President Higgins made the following statement expressing his condolences:

“It is with great sadness that I have learned of the death of former TD Paddy Harte.

“He will be remembered not only as a popular and hard working member of Dáil Éireann for nearly four decades, but also for his work in support of the peace process in Northern Ireland and promoting the recognition of those Irish who fought and died in World War I.

“As President of Ireland I wish to convey my condolences to his family and wide circle of friends, and to pay tribute to Paddy Harte’s important contribution to public and political life in Donegal and at national level.”