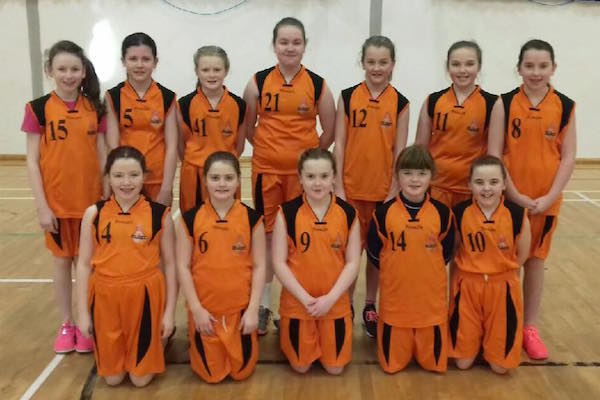 The teams, ranging in age from under 12 to under 18 experienced different result6s against various teams including Ballyshannon, Mulroy Hoops and Donegal Town.

This return home fixture for the Blaze U12 boys lived up to the pulsating 1st away leg. The previous encounter was resolved by 4 periods of extra time and then only 2 points separated the teams with Donegal claiming those spoils. This time the home side started a little sluggishly with the lay off over the festive period having an effect. Donegal started the more lively of the 2 teams with R.Gallagher, N.Dominik, J.Farren and N.Feeney all to the fore. For Blaze, Michael Sweeney, Connor Barron, Ronan Ferry and Cillian Bonner kept their side in touch with scores. Patrick Ward battled bravely under the boards. A half-time score of 9 – 7 points to Donegal set up the second half for another tight affair.

The second half didn’t disappoint, but much of the play was dominated by defence & turnovers with accuracy from the free throw line proving vital. Donegal’s J.Farren N.Feeney & M.McNernall added to the visitors tally with Blaze’s ball-carrier Mikey McLoughlin settling in his role to initiate some solid assists with Luke McGuinness benefiting & finishing strongly from inside. A significant score when match was tied from Cillian Bonner gave Blaze the confidence to see out the match. A crucial free throw from Luke McGuinness settled the game with Blaze holding possession in the dying seconds for a slim 1 point victory. Having cruised through the season unbeaten until the first Donegal fixture, to win this & win the Hard way & come from behind and rise to the battle, will stand these young players in good stead. Two very closely matched squads with bright futures ahead. Blaze can look forward to one remaining home match against Ballyshannon & be satisfied of a successful inaugural competitive season. It may only have been U12 but one parent was overheard to say ” You’d have paid money to see that” and he was right.

Under 12 girls (Jets & Dynamite)
Great performances from both u12 girls teams away against Kilcar yesterday. The u12 Jets fought hard to claim the win with 11 different players making the scoresheet. Although the u11 Dynamites didn’t win they claimed their highest score of the season against a taller Kilcar team. Great to watch the continual improvements in these girls. 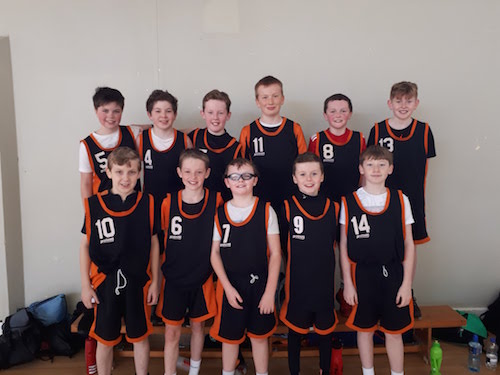 The U12 Blaze Boys hosted Donegal Town on Sunday 7th January. This was the teams second meeting in the NW League and having lost to Donegal Town by 11 points before Christmas, the boys were in fighting form to win on home turf. This match was a wonderful display of a joint team effort by the U12 boys which saw accurate passing with less turnovers, vision by all players to see where their teammates were on the court, improvements in rebounding and outlet passing, cuts to high post and driving to the basket. These were rewarded by points on the scoresheet. Blaze held their lead throughout the game outscoring Donegal Town in each quarter. Final Score: Blaze 37, Donegal Town 18. This a win the Blaze boys can be proud of and they look forward to renewing rivalries with Ballyshannon this weekend.