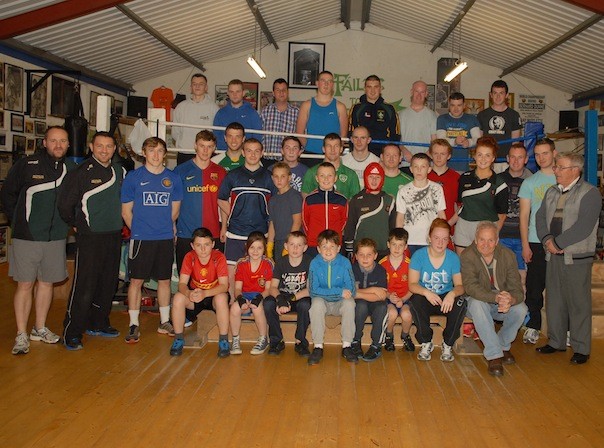 The boxers and officials, past and present, said they wanted to extend their sincere sympathy to the wife and family of former Deputy who passed away this week.

When the Raphoe club decided to build their own clubhouse back in the 1990s, Paddy was instrumental in securing land from Donegal County Council for the new gym at the bottom of St. Eunan’s terrace.

Along with the late Sean Toner from Convoy, Paddy looked after all the relevant paperwork and helped the club secure planning permission for the building project.

A spokesman for the club revealed “With everything in place, but no funds available, Paddy then helped the club secure an interest-free bank loan that got the project up and running and the rest is history.

“The Raphoe club will celebrate its 30th anniversary this year and they now have one of the finest gyms in the county.

“For all the work that Paddy did for the club, the members will be forever grateful and they also appreciate immensely the frienship and sponsorship offered down the years to the Raphoe Boxing Club by Paddy’s son Jimmy, former councillor and Senator.

“Sincere sympathy is offered to all the Harte family and to Paddy’s many friends and relations at this sad time.”