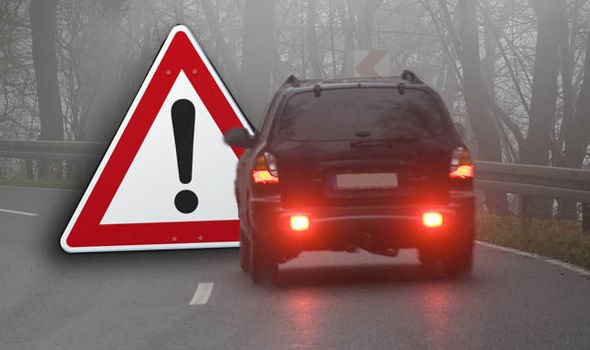 Met Eireann have raised the alert for foggy conditions today and extended the Status Orange weather warning until Friday.

Lingering fog has created poor visibility for drivers in inland areas, with Letterkenny and nearby towns in Donegal affected in particular. The fog warning is now in place for the entire country from Thursday at 12noon until Friday at 2am.

Ireland hasn’t seen the worst of the fog either, as forecasters say it will become more extensive and dense this evening and tonight. Cold temperatures will create a misty and frosty night, with lows of -1 and 0 degrees in store.

AA roadwatch warn motorists to take extra care today: “When driving in such conditions reduce your speed and keep a safe distance from the vehicle in front of you. Use fog lights in affected areas but don’t forget to turn them off afterwards.”

Gardai have issued a similar warning, reminding drivers to turn off their fog lights when conditions are clear.

Garda Traffic: Please drive carefully during foggy conditions
BUT remember to turn off front & rear fog lights when fog has lifted. Fog
lights which are on during non-foggy conditions are very annoying and
distracting for other road users.#ArriveAlive pic.twitter.com/L2vnaXOmJb