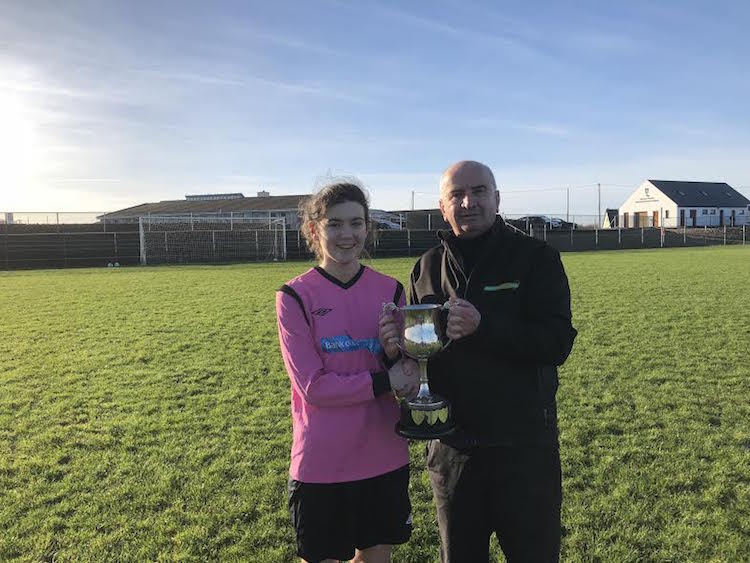 Caoimhe Walsh was again to the fore as Mulroy College retained their Ulster title with a 2-0 win over Pobalscoil Ghaoth Dobhair today.

Walsh netted the second goal, after Keri Sweeney broke the deadlock, as Maria Carr’s team booked a place in the All-Ireland semi-finals.

“We always knew it would be tough,” Walsh, the captain, said.

“We knew it would be tight. They had their fair share of chances. The early goal in the second half really settled us.”

Sweeney opened the scoring just 21 seconds into the second half before a wonder goal by Walsh, from all of 40 yards, sealed the deal.

The modest Walsh said: “I took a chance and just hit it. Luckily it went in. I was happy enough with it.”