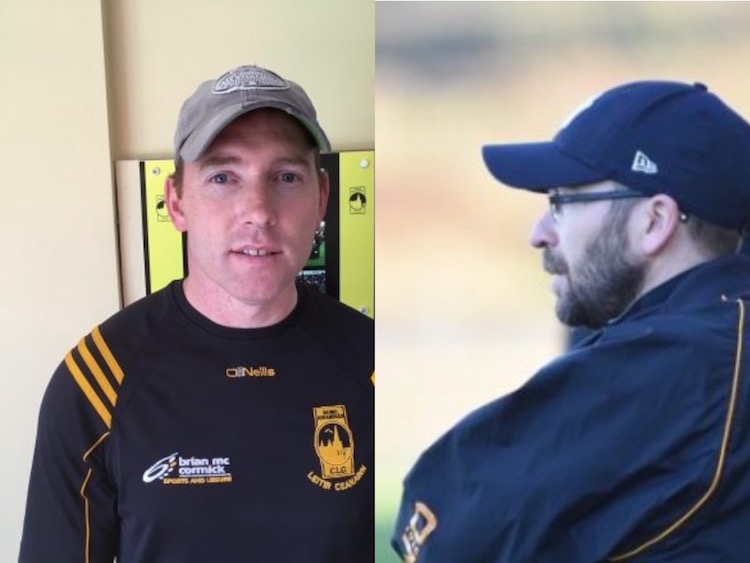 St.Naul’s have announced the appointment of Eddie Brennan and Barry Meehan as joint Senior Managers for the 2018 season.

Brennan and Meehan had been in charge of St Eunan’s in 2017, but have replaced John McNulty at the Mountcharles side.

In a statement issued this evening, St Naul’s GAA Chairperson, Joe Brennan welcomed the dup to the club.

“I am very happy that they have come on board with St.Nauls to help build on the success of 2017 and to develop the many talented players that we have at the club,” he said.

Eddie Brennan is a former Sligo Senior, U21 and Minor player and five-time senior championship winner with his adopted club St Eunan’s.

He also won Sligo minor and U-21 championships with his home club of Drumcliffe/Rosses Point and was a member of the management team of the 2015 St Eunan’s Minor Championship winning team.

Barry Meehan also brings plenty of experience to the position. He has coached and managed teams at all levels, right up to senior reserve, to championship success at the club.

Barry managed the St.Eunan’s Senior Reserves to a County title in 2016.

“Having seen St.Naul’s play a number of times last year and profiling their players for the coming season we as a management team had no hesitation in accepting the position,” he said.

“The club is well placed to move forward from their recent success and hopefully we can integrate some of the many talented young players to the squad during the 2018 season.” Barry Meehan said: “I welcome the new challenge that this appointment has given us, and we look forward to bringing St.Naul’s forward in the coming year.”

The duo along with club management will work together in putting their backroom team in place in the coming days.