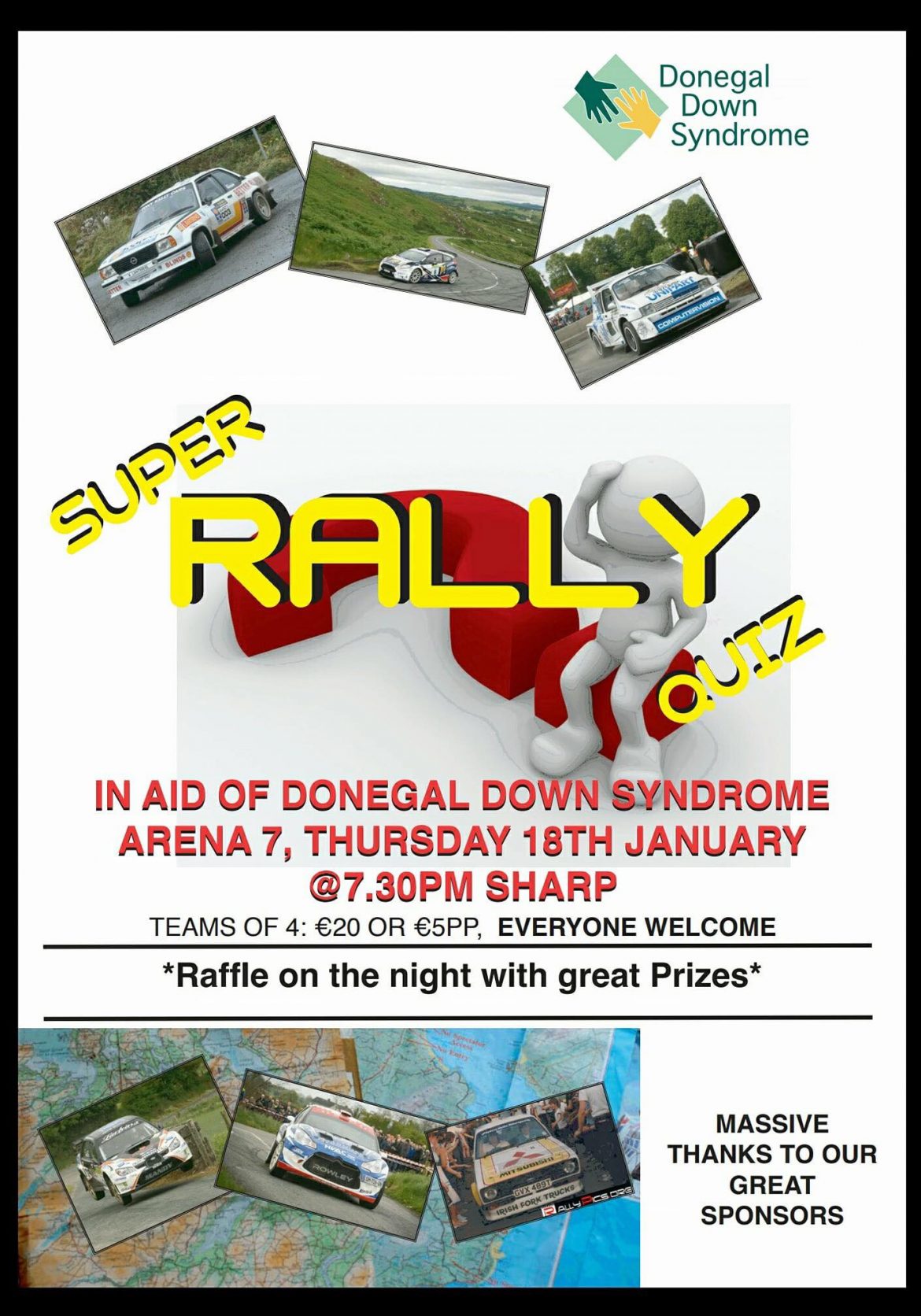 Thursday the 18th January at 7.30pm in Arena 7 is the location for the first Donegal Super Rally Quiz.

The idea was the brainchild of local business man and top line Rally co driver Rory Kennedy who got together with Aidan Caddye and Steven Sheridan who are both enthusiastic rally followers.

The guys decided that Donegal Down Syndrome was to be their chosen charity. Danny McMenamin who is a keen Rally competitor has a son with Down Syndrome offered his services as soon as he heard about the idea.

The guys have raised a substantial amount for their chosen charity but are hoping you’ll come along next Thursday night to Arena 7 at 7.30pm sharp and pits your wits.

It is €5 per person or €20 per team of four to participate in the quiz.

This promises to be a night of fun, with spot prizes donated by the Motorsport community.

You could walk away with increased knowledge of Rallying but also a great prize from the raffle.

Test your rally knowledge at ‘Super Rally Quiz’ in aid of Donegal Down Syndrome was last modified: January 12th, 2018 by Chris McNulty