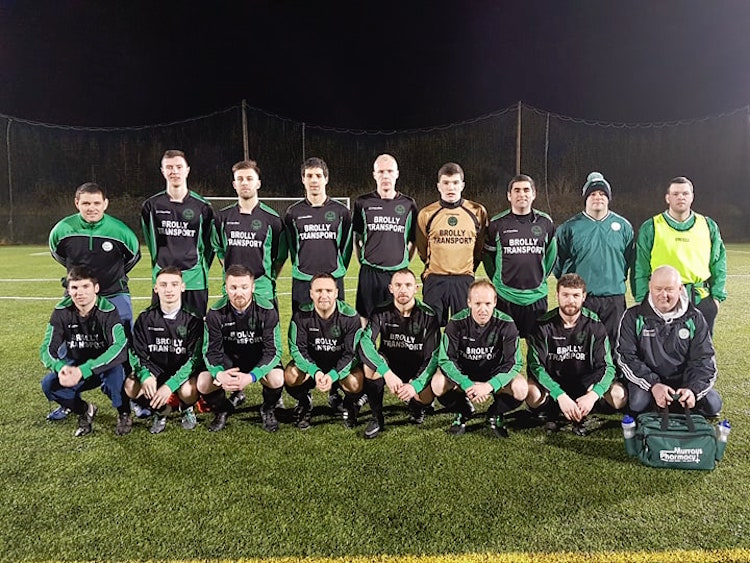 Three goals in the first period of extra time put Castlefin out of the FAI Junior Cup in Kilkenny last evening.

The Donegal League side – pictured above by Nicole Bryson – had led through Shane Gallagher’s goal in then opening half, but Evergreen – Junior Cup finalists last season – drew level through Sam Hickey before the break.

It remained until that until Mikey Dreenan netted on the double and Sean Barcoe also got on the mark in the first period of extra time.