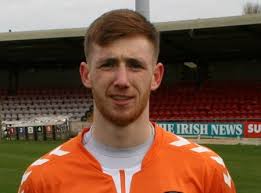 SHAUN PATTON certainly had a day he won’t forget in a hurry.

The Letterkenny native was making his first appearance for Donegal this afternoon in Declan Bonner’s side’s 4-17 to 0-19 Dr McKenna Cup fixture in Clones.

Patton admits he has some work to do having made the transition from a soccer career with Sligo Rovers, but kept a clean sheet this afternoon despite conceding two penalties – Jack McCarron missed the target with his and then Patton saved from Michéal Bannigan late on.

In fact, on his Finn Harps debut as a 16-year-old, Patton also saved a spot kick – from Waterford United’s Gary Dempsey.