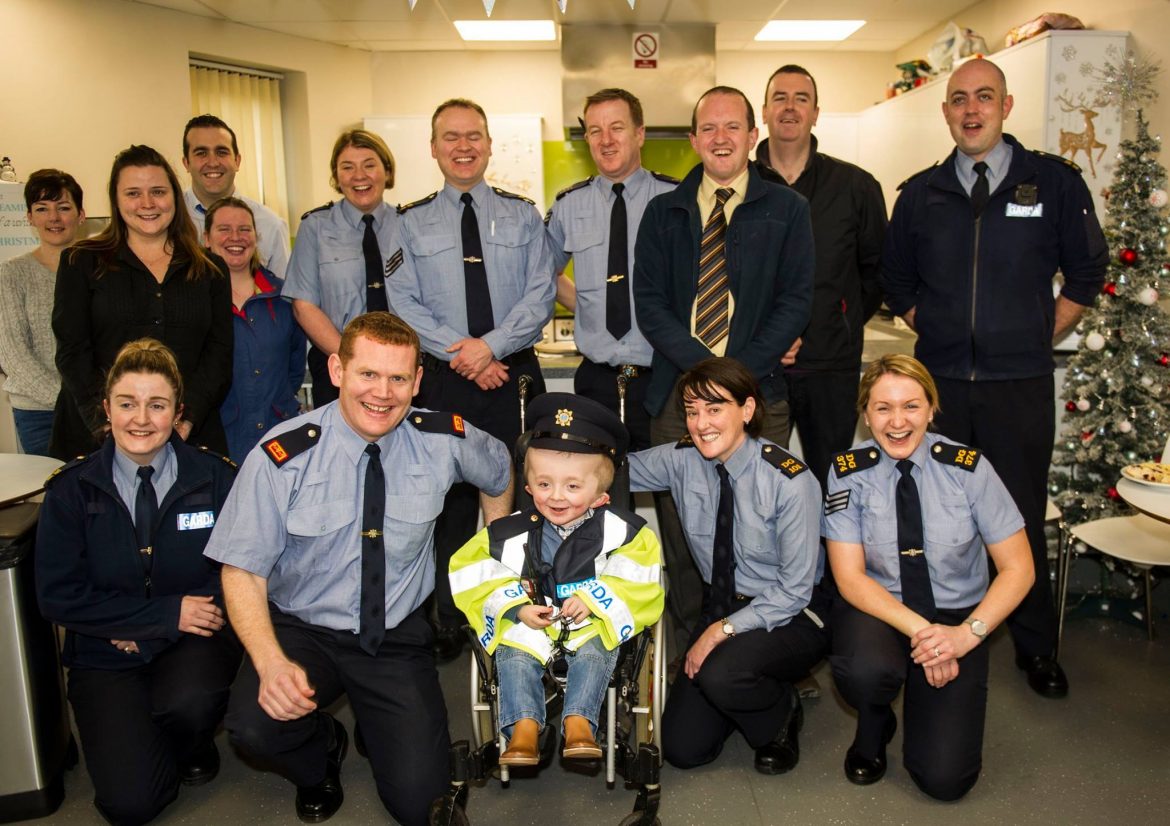 Donegal’s youngest garda gets ready to go out on the beat!

A local boy is well on his way to becoming a crime-fighting hero after joining the Donegal division of An Garda Síochána.

Jack Beattie from Raphoe, aged 6, has been drafted into the force to crack down on crime his own special way this year.

Jack is Donegal’s first ‘Little Blue Hero’ to be a Garda for a day under the charity initiative for children undergoing long-term medical treatment.

He had a familiarisation visit to Letterkenny Garda Station on January 4th, which was an action-packed introduction event organised by Garda Tina Fowley and Ivan Furey.

Jack met with his colleagues, he got his fingerprints taken, he inspected the cells and patrol room and he even had a go on a motorbike and patrol car! 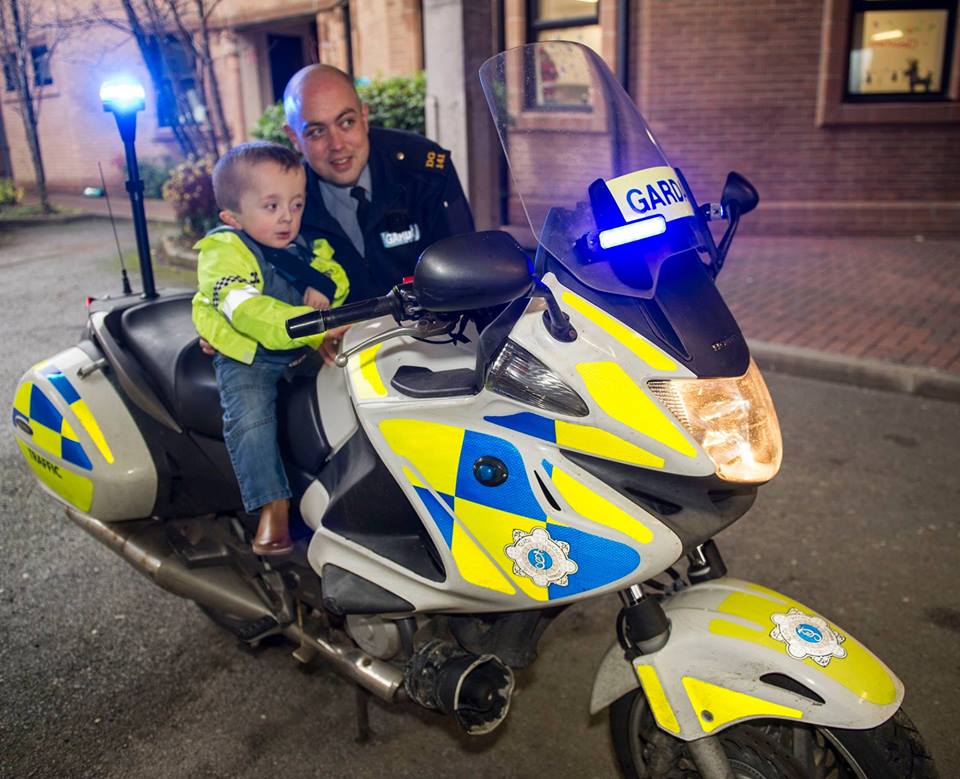 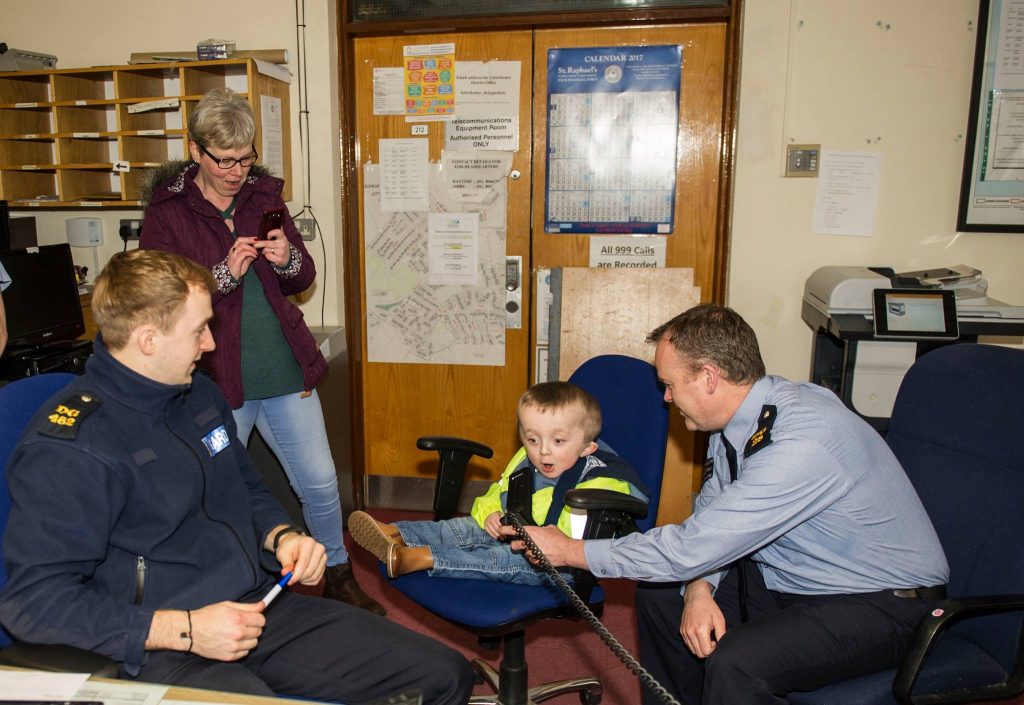 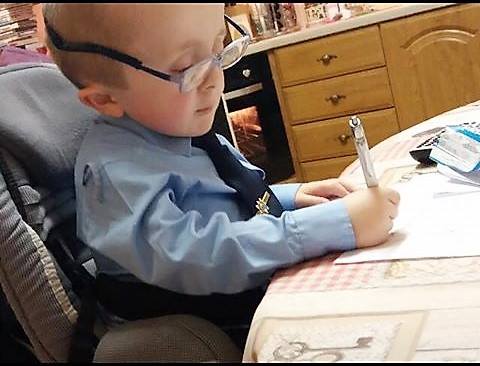 Speaking to Donegal Daily, Jack said his favourite part of the day was getting his present – a full Garda uniform complete with a blue shirt, jacket, hat, and his favourite thing of all, a tie. Jack said he wore his new uniform to school on his first day back and again on Friday for ‘blue day’.

Jack is in Senior Infants at Raphoe Central, so he will have to put in a few more years of school before joining the Gardai full-time. 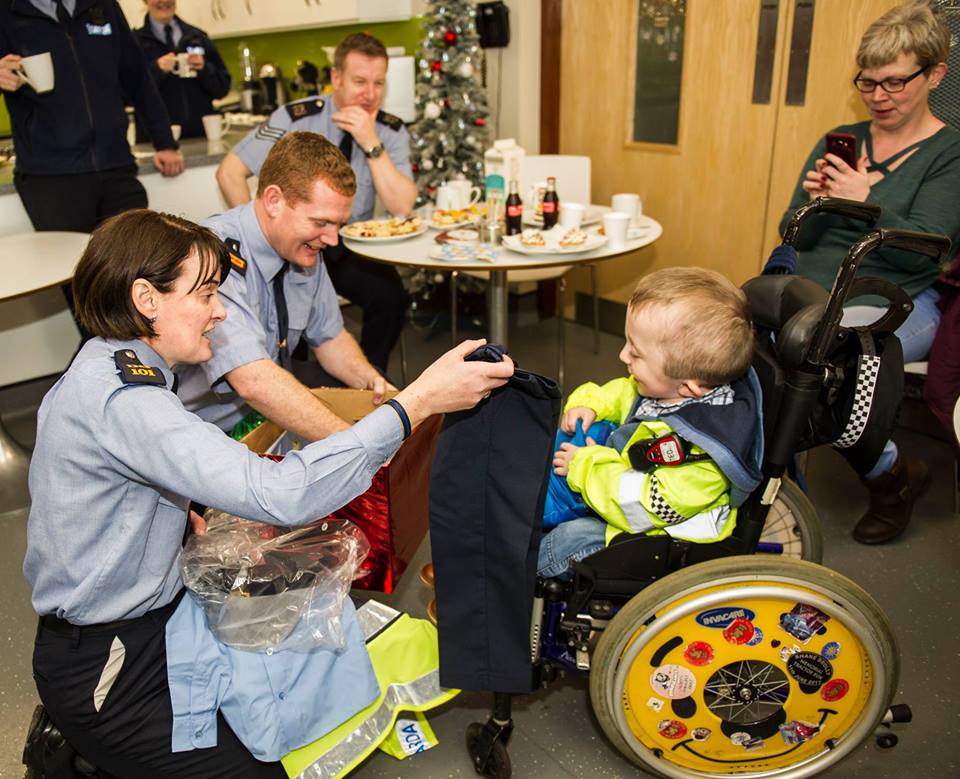 Jack was born with Osteogenesis Imperfecta which is also known as Brittle Bone Disorder. He uses a wheelchair and attends Temple St. Children’s Hospital for regular treatment. He was also Donegal’s first child to go on the Bumbleance and is often photographed as an ambassador for the service.

Despite his youth, Jack has a wealth of knowledge about fighting bad guys. Police Interceptors is his favourite TV programme and he is well-rehearsed in reading people their rights!

Jack’s mum Ruth tells Donegal Daily that he will be out on the beat very soon after the familiarisation day. Once his offical numbers are ready for his uniform he will be out patrolling Letterkenny town centre – and no criminal will be safe then!

“It’s funny to hear about all these small things but it means the world to him,” Ruth said.

“Jack hasn’t stopped arresting people since his visit to the station. He has his own handcuffs and he reads people the full rights.

“He can’t wait to be out on duty and he always corrects me to say he’ll be out ‘on the beat’.” 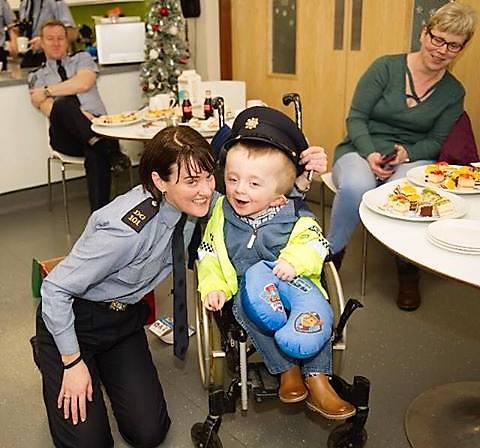 It wasn’t so long ago that Jack had a fear of the gardai, Ruth said, and he would be worried about meeting them in case they’d take him away.

Now though, Jack is ready for his call of duty. When asked what he’ll do with any criminals he catches, he said: “I’ll arrest them and put them in jail.”

Little Blue Heroes is a charity established by Garda staff which aims to support local Gardaí in providing financial assistance to families in need in their local communities who have children undergoing long-term medical treatment for critical illness. The foundation also aims to provide Garda themed distraction toys, activity books, and children’s events (e.g. Garda for a Day or Special Garda Open Days) for the children they support.

Alan Keane of Little Blue Heroes said: “We were delighted to help our colleagues in Donegal to make Jack Beattie’s wish of becoming an honorary Garda come true. We can’t wait to see Garda Jack on some new adventures as he takes to his new role.”

To find out more or to donate, visit www.littleblueheroes.org