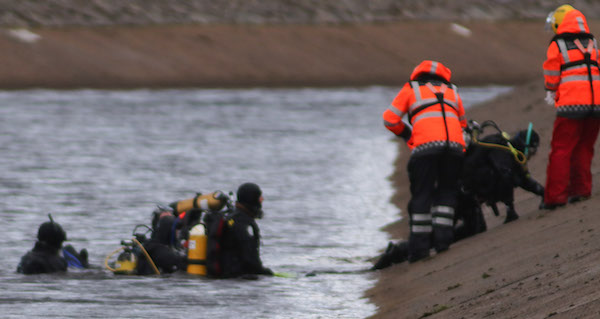 Divers have recovered the body of a man close to the River Clady in Gaoth Dobhair.

It follows an incident in which a worker fell into the river at Station Bridge this morning.

The man was working on the upgrade of the bridge when he fell into the water.

The man is understood to have been working for a Northern Ireland company undertaking works in the area.

His identity has not yet been made known until all family members have been involved.

It is understood the man is in his 60s and was originally from Northern Ireland.

His remains were recovered just after 2.30pm by divers who had been drafted into the area to search for the missing worker.

A full investigation into the incident is to be carried out by the Health and Safety Authority.

The body has been taken to Letterkenny University Hospital where a post-mortem is expected to be carried out.

A full-scale search of the area co-ordinated by the Malin Head Coastguard Centre involving divers, Gardai, ambulance personnel and the Rescue 118 helicopter was undertaken.

Local county councillor Micheal Mac Giolla Easbuig said the community’s thoughts and prayers were with the man’s family at this time.

“Our thoughts and prayers are with this man’s family. It’s a terrible tragedy at the beginning of the year and at any time.

“Thankfully his body has been recovered and I would pay tribute to all members of the emergency services who reacted so quickly to this incident,” he said.