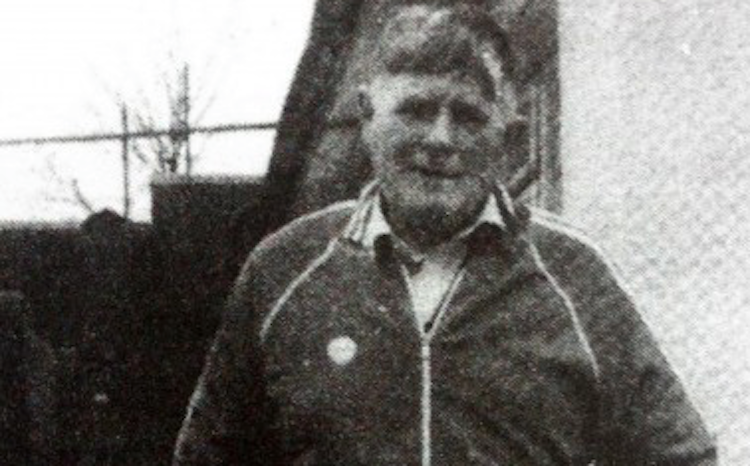 Tributes have been pouring in following the death of Donegal soccer legend Bobby Toland, who passed away last evening at Letterkenny University Hospital.

Bobby was a founder member of Kildrum Tigers, an FAI Junior Cup winner with Swilly Rovers, a former Finn Harps manager, club President at Killea FC and a stalwart of the game.

Bobby – who lived in the townland of Kildrum – helped to form Kildrum Tigers in 1948 while still in his teenage years.

While working on the bread run in Derry, where he was previously a boarder at St Columb’s College, Bobby would become a key player in the Summer Cup circuit of the time.

“The name of Kildrum Tigers was known long before organised soccer arrived in Donegal and that is down largely to the efforts of Bobby Toland,” a statement from Kildrum Tigers read.

“Kildrum played initially in the White Horse League before moving to the D&D in 1952, but it was in the summer cups that Kildrum – and Bobby – made their name.

“Bobby was instrumental in getting Paddy Crerand, later a European Cup winner with Manchester United, was one of many top names drafted into the Tigers colours.

“…And on the day Kildrum Tigers officially unveiled a new home kit, in those famous red and black stripes, we remember fondly the man who made it all possible; the man who was the club’s founding father and guiding light in the early days.”

A goalkeeper of some renown, Bobby played for the Ireland junior team at Fir Park in Scotland and lined out for Newport in a Welsh Cup final while he won an FAI Junior Cup with Swilly Rovers in 1962.

Bobby was Finn Harps team trainer under Patsy McGowan and was Harps manager from December 1984-December 1985.

“We’re saddened to learn of the death of Bobby Toland,” said Finn Harps Chairman Sean Quinn. “His involvement with football in Donegal spanned over seven decades,.

“From he was a young man, he had a great vision for the game and that started by helping to found Kildrum Tigers. I want to pay a special tribute in memory of his time here as manager of Finn Harps.

“The Committee and players have great memories of those times. Bobby was a true gentleman and will be sadly missed by us all, but especially by his family.”

He guided Killea FC through a golden spell in the Inishowen League where they won six trophies.

Killea FC said in a statement on the club’s Facebook page: “We are at loss to find words to explain our sadness here at the club.

“Our club’s most successful manager
“Our friend
“Dear Bobby R.I.P. ‘As the saying goes’, regale them up there Bobby.”

Club activities at Kildrum Tigers and Killea FC have been suspended until further notice as a mark of respect.

Bobby was also a greyhound racing enthusiast and a regular attender at meetings at the Brandywell and Lifford in particular.

He had a great wit and could recount stories about times gone by for hours on end.

Pre-deceased by his wife, Josie, and son, Edward, he is survived by son William, daughters Mary, Anne and Fidelma and a wide circle of family and friends.