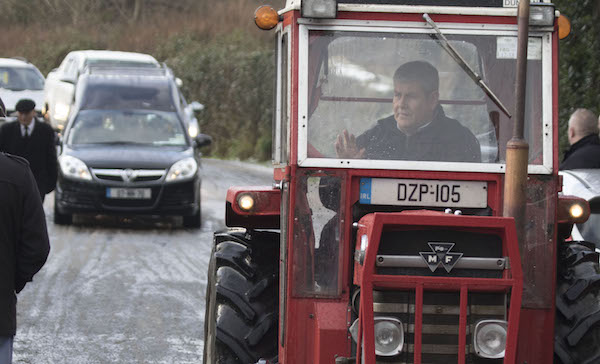 The 68-year-old was killed after his tractor was involved in a collision at Drumoghill in the early hours of Friday morning last.

Popular single man Willie, who lived at Fr Arnold Terrace in Manorcunningham, had renovated the tractor and helped raise thousands of euro for many charities on various tractor runs.

He died instantly following the accident with another car at around 6.30am on the main Letterkenny to Lifford Road.

A large crowd braved freezing conditions for the funeral service at Ray Presbyterian Church in Manorcunningham this afternoon.

A lone vintage tractor led Willie’s funeral cortege to his funeral mass before he was buried.

His funeral service heard how Willie lived a simple life and always put others before himself.

Among the mourners were members of Willie’s friends from the Donegal Tractor Run who held a minute’s silence in his honour during their run last Sunday. 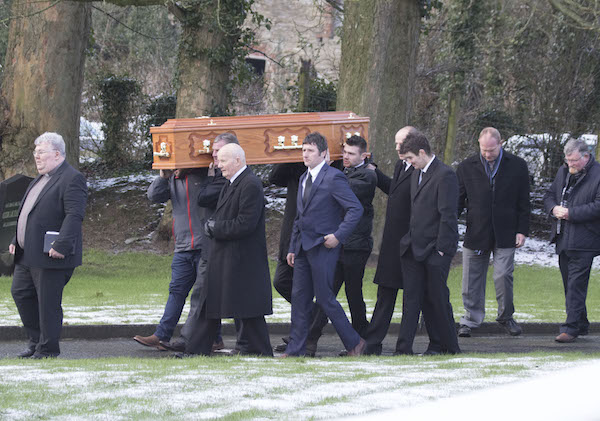