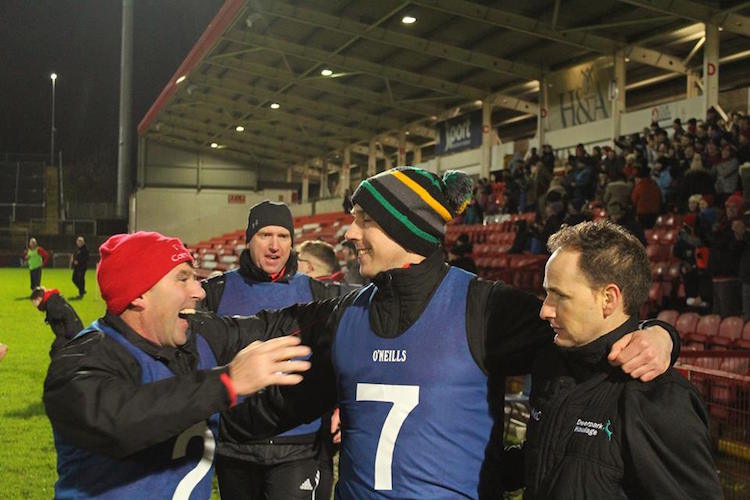 Tony Blake is unique in the Naomh Colmcille dressing room as the former Donegal goalkeeper has already tasted the Croke Park experience.

Blake played in the 2003 All-Ireland semi-final for Donegal against Armagh at the Jones’ Road venue and lined out for All-Ireland quarter-finals and an Ulster final at GAA headquarters.

Blake is these days working as the goalkeeping coach with Donegal junior champions Naomh Colmcille, who face Knocknagree in Saturday’s All-Ireland JFC semi-final. Victory there and they’re off to Croke Park for the final.

“It doesn’t come around too often, the chance to play there. It’s huge. We have gathered momentum.

“It’s been a long year and they’ll have to get a few weeks off to recharge, but we are one step away and no other Donegal team has been here before. This is our big chance.”

Blake works with John Roulstone and Gary McDaid and has hailed Roulstone – whom he previously worked with in a previous guise at Swilly Rovers – for making the transition from soccer to Gaelic football.

Blake said:  “John is a well experienced goalkeeper. He is always looking to take on something to be to improve his game. He is always eager to learn. I had John when he was at Swilly Rovers. I’ve known him for a long time now.

“He’s getting his rewards now for the effort he’s put in and he has adapted from soccer to Gaelic with ease.”