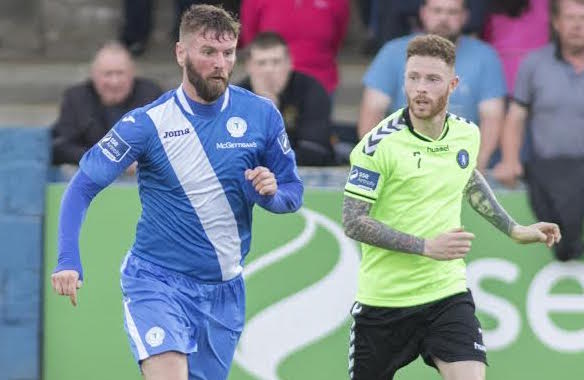 Paddy McCourt hopes to one day return to Celtic – as a coach.

McCourt, dubbed the ‘Derry Pele’ during his time at Parkhead, has signed with Finn Harps for another season, but the wing wizard, who played for Celtic for five years, has advanced up the coaching ladder.

McCourt holds a UEFA ‘A’ Licence and has recently opened an academy – The Talent Development Academy – with former Harps player and coach Marty McCann in Derry.

“The good thing about our academy is that it’s only a training academy. All the lads play for their teams away from us, so we only give them the extra coaching and pass on as much knowledge as we can.”

McCourt, capped 19 times by Northern Ireland, was captured by Harps manager Ollie Horgan on the even of the 2017 Premier Division season. Even after relegation, McCourt has committed to the Ballybofey outfit for another term.

McCourt is something of a cult hero with Celtic fans and he dreams of getting back into the Hoops set-up again.

McCourt has not conducted interviews locally since moving to Harps, but speaking to Celtic View, he said: “Even still to this day whenever I meet Celtic fans, they couldn’t be any nicer, warmer or really complimentary.

“It was a great honour for me to represent the club and to still have a special rapport with the fans. And someday, hopefully, I will be back in some capacity to continue it.”