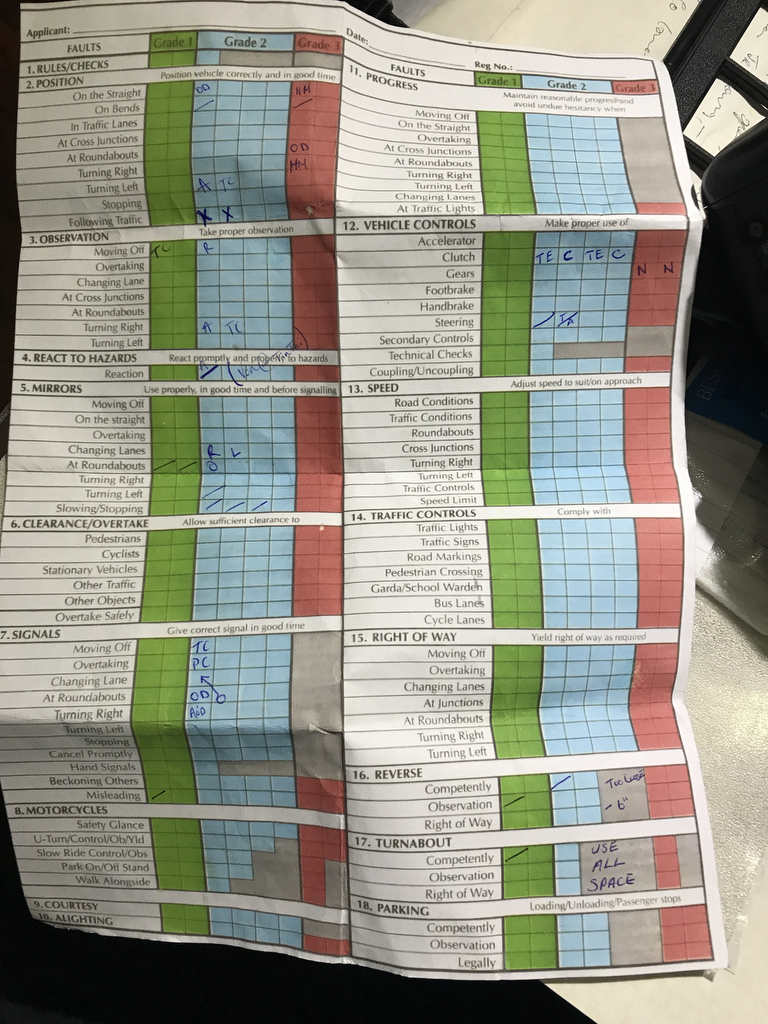 I was going to start by thanking Toni Kelly’s driving academy for her help in putting our motoring column together this week. That was until she failed me in a mock driving test that I took part in this week in which she adjudicated my driving.

The cheek of her! Imagine. Here’s me thinking I’ll get a couple of small raps on the knuckles for minor mistakes. I couldn’t believe when I arrived back at the test centre and I looked at my driving test paper full of mistakes and not just we small ones! Four of them were in the “Red Boxes” – any one of which are an instant failure!

This week I sat behind the wheel of the van that I drive day in and day out in which I think I make a reasonable effort of driving. Because we only have to sit or driving test once and all we have to do is renew of driving licence when it expires or knowledge of the rules that of the road are never really questioned until we break them or are unfortunate enough to have an accident.

The Test
My mock driving test was exactly the same as any provisional driver would be put through by their driving instructor to prepare them for their driving test proper. Starting from outside the test centre in Letterkenny this week. Our emphasis was more on the practical side of the test rather than on the theory side. The reason for this was to demonstrate what my knowledge was based on real-life driving on the road and possibly how far that would be off the mark on what would be required to pass the test.

Toni my driving instructor ask me to reposition my car in a parking space before the test started. She asked me not to talk to her for the duration of the test, (think I am still not talking to her since she failed me!) she then turned the radio off and started to give me instructions on the route I was to take. 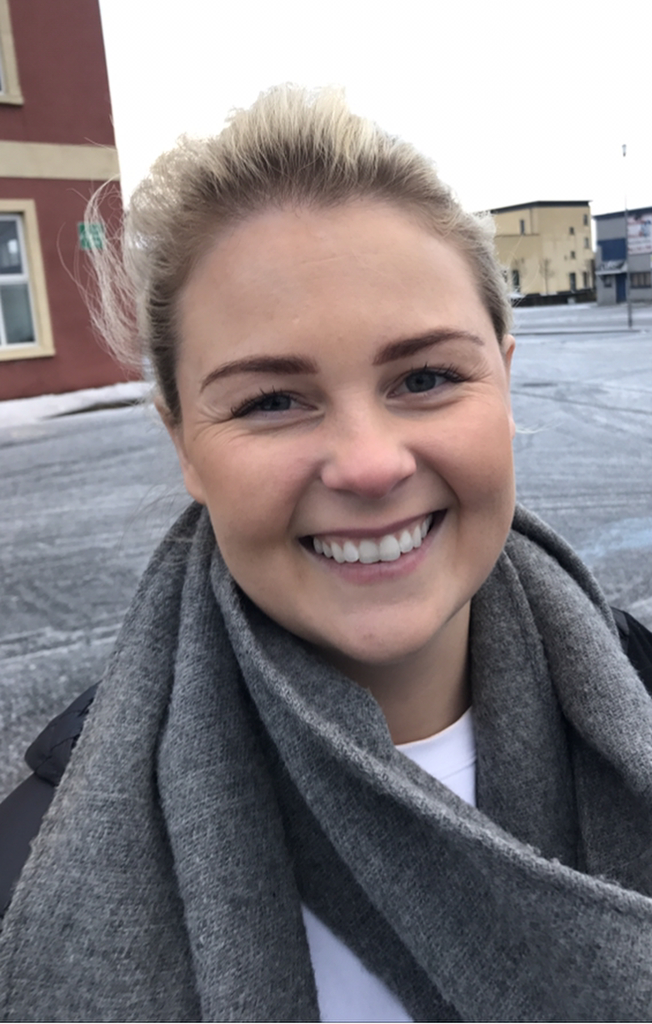 Many Thanks to Toni Kelly for giving up her time to do a test of different kind for the purpose of our motoring column this week. Photo Brian McDaid

Right away I realised I had to really listen to the directions she was giving me. It wasn’t a case of Toni saying, go out and head over the Pearse Rd, it’s was, take a right and follow the lane on the right.

So now we’re are heading into the first roundabout and Toni has already given me the instruction to take the third exit, but by this stage I have already, out of habit moved across to the left lane, which now I have to move back into the right lane again. This is not going good and we are only starting the test.

This roundabout is at the old Dunnes Stores one I go around at least once every day so I thought I made a good job of it but it was leaving that mini roundabout and my position on the road was where I was making the mistakes. At the next roundabout, I missed the instruction to turn up the back road and also according to Toni never made any allowance for another van driver who swung his driver’s door out into my path. Could believe I didn’t see that.

Mistakes mounting
At this stage as in a real driving test Toni never told me how well or how bad I was driving until the end of the test. At the side of my eye I can see her ticking away at boxes which is distracting but in my mind I think I am doing ok.

After we do a five point turn which I do in three again not listening we are back on the right road again. I am now heading up the back road and just hitting the school rush hour. I negotiate that without very much bother and I’m heading over the lower Burma, I am caught behind a council lorry going wile slow which is annoying me then they pull up for a yarn with a couple of workmates. 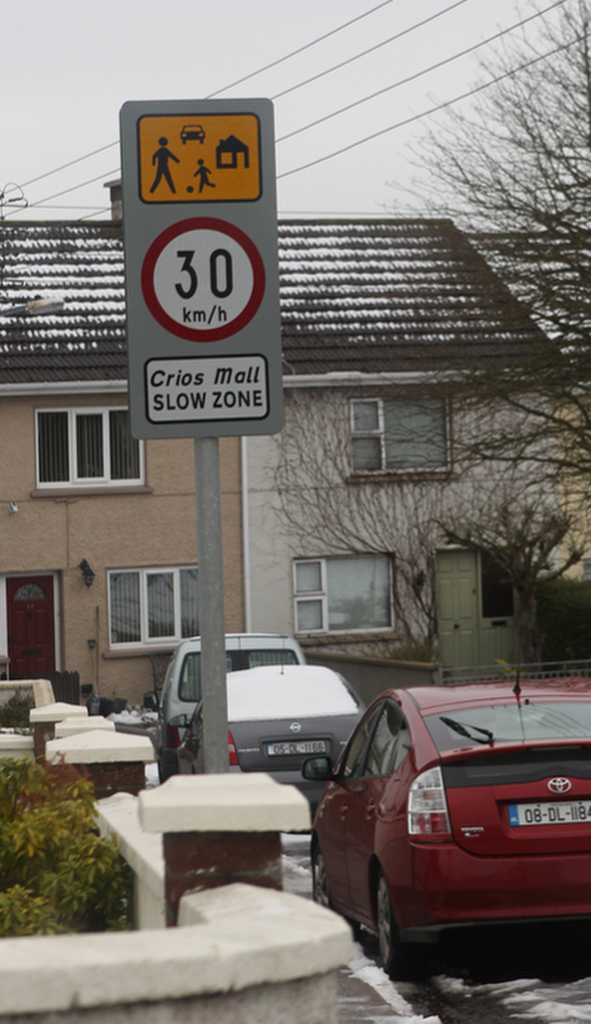 The speed limit in housing estates in Letterkenny clearly marked at 30km/h which are part of the driving test. Photo Brian McDaid

This is all I need I think, but to my amazement them crawling along the lower Burma were doing me a favour. Toni informed me that them holding me up was forcing me to drive at the right reduce speed 30km/h for a housing estate in the town.

I also did not leave enough space between the kerb and my wheels in the reversing section should have been six inches not two.

My biggest crime
When I finished the test all of these lesser mistakes would still have got me through the test. But my biggest mistake was my driving over hatch marks zones around the town surrounded by a continuous line. One of these areas were outside my own studio at the foot of the town in Letterkenny. This offence in a driving test is an instant failure this is something that I did at least three different places around Letterkenny. 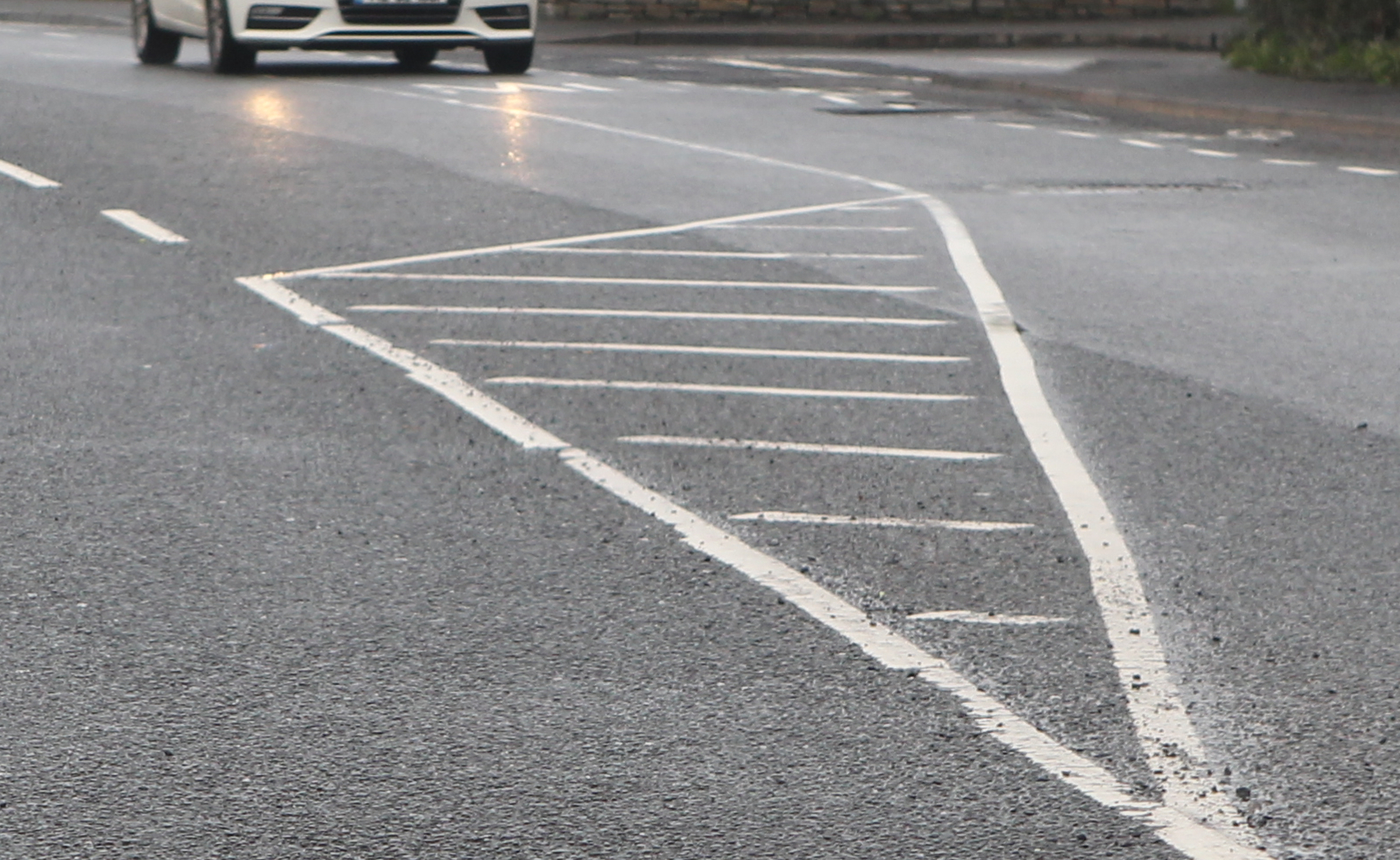 Hatched marked areas with continuous lines which were my downfall in my driving test. Photo Brian McDaid

No excuses!
I have no excuses for failing my mock driving test this week. But excepting my failure in doing something positive it learned me a lot about myself. This week was the first time I ever sat on with a driving instructor in my life, that might seem hard to believe but it’s a fact and I think a lot of people my age especially men will be in the same boat.

As for the most of us we learned to drive our selves and in my case was driving on the road before I was the legal age to drive. The belief in my day was that it’s was only people that couldn’t drive were the ones that went for driving lessons. Doing this mock driving test this week goes to show how ignorant that theory was for me.

Guardian angel
I have a different view of learner drivers and testers and instructors when I walked in their shoes this week. I do try and give learners the space they need when they are doing lessons or doing their test in Letterkenny. But to sit the test myself and fail it and, except my mistakes and most importantly listen to Toni then explain why these faults are serious is a humbling process.

I know Toni all of her life like myself she is mad about cars and was always in about her father’s garage as a child. I am only guessing that Toni too was driving before anyone gave her any driving lesson, but she now has the added benefit of looking at driving from both seats in the car.

She was like an angel pointing me in the right direction and breaking the bad news that I needed to brush up on my knowledge and my positioning on the road and I thank her for the learning experience.

I have included a picture of her as an Angel that I took a long time ago, by way of saying thank you for her help. 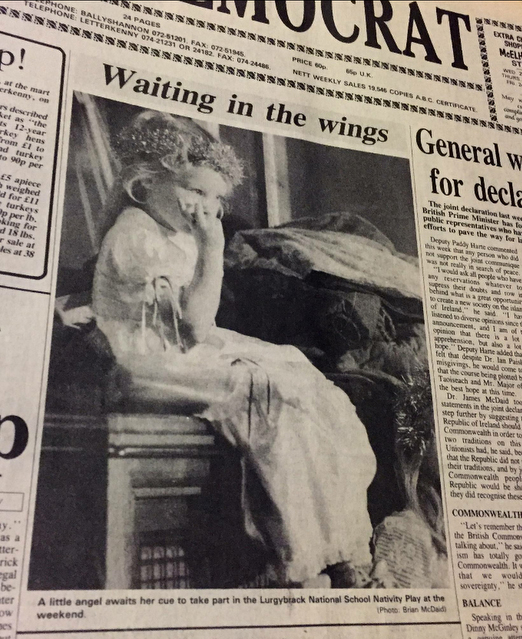 Toni Kelly as an Angel in the christmas play for Lurgybrack National School many moons ago. Photo Brian McDaid