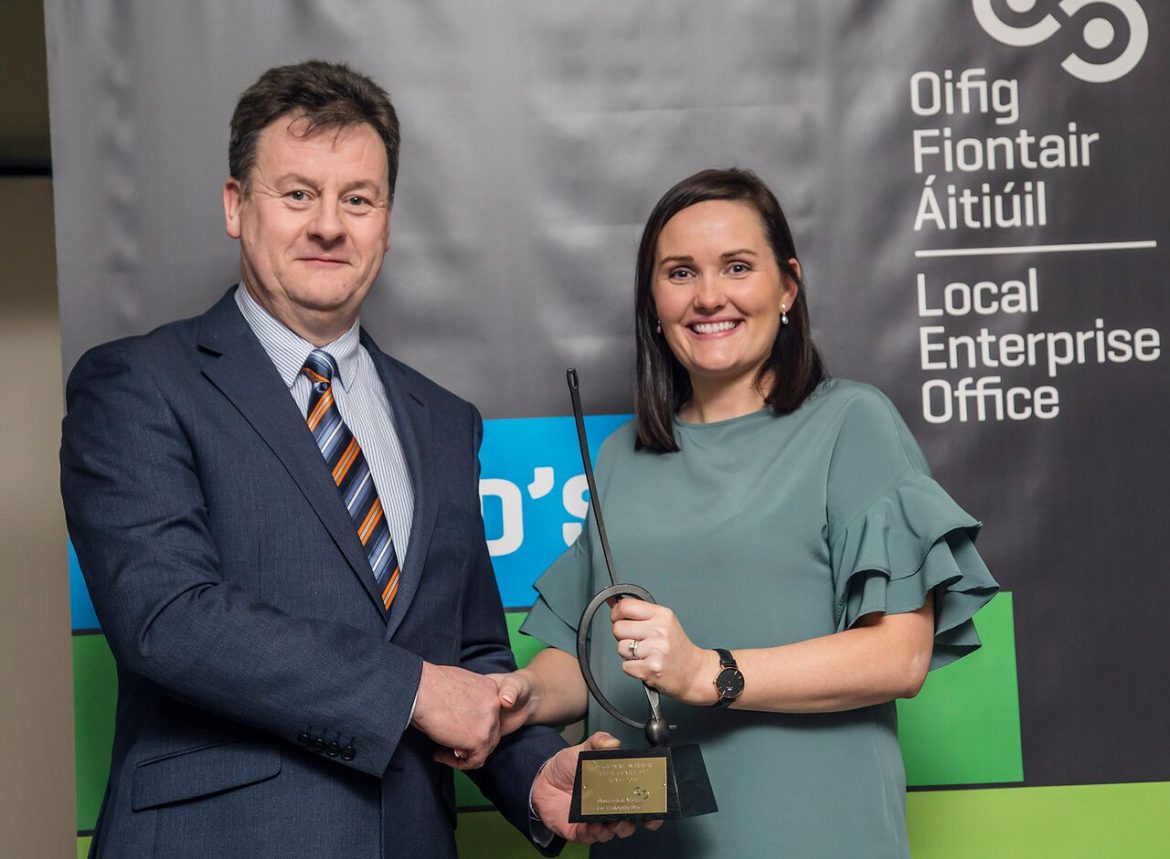 Donegal will have two businesses in the National Finals of the competition for Ireland’s Best Young Entrepreneur (IBYE) in March after Thomas McLaughlin of Tadáias and Ciara McGlynn from Niche Specialist Staffing Partners scooped their respective regional titles this week.

County winners from Longford, Sligo, Leitrim and Donegal competed in three sections – Best Business Idea, Best Start Up and Best Established – with the Donegal winners taking the honours in two of the three categories.

The Regional Finals were hosted by Local Enterprise Office, Donegal this year and Thursday night’s awards ceremony was held in Solis Lough Eske Hotel after the businesses had spent the day pitching to the judging panel. 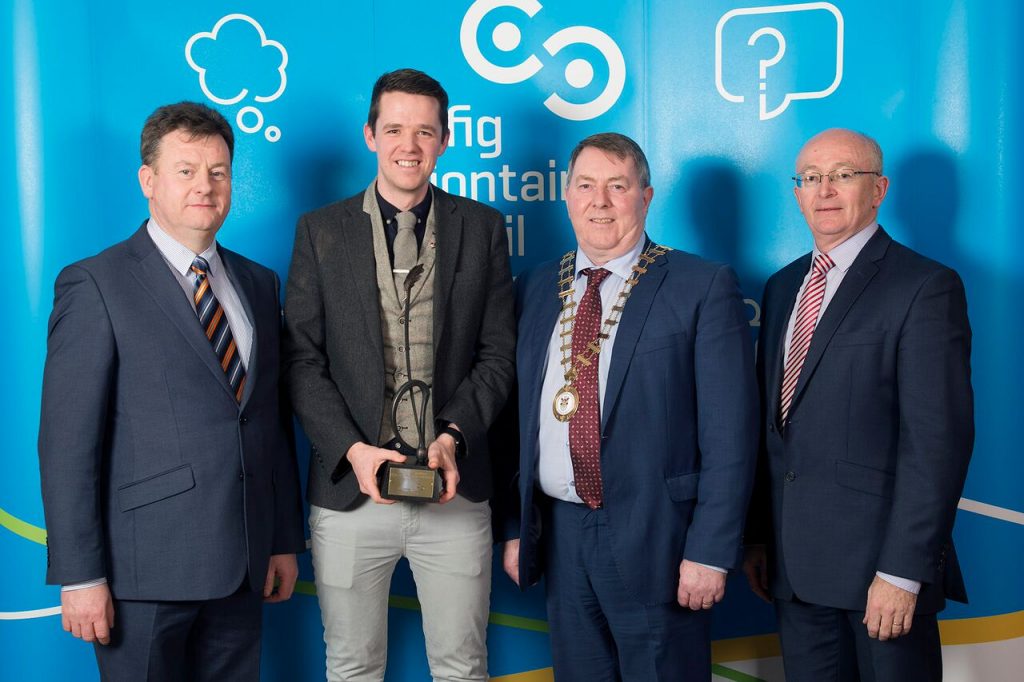 The Chief Executive of Donegal County Council, Seamus Neely, the Cathaoirleach, Cllr. Gerry McMonagle and Head of Enterprise in Donegal, Michael Tunney, pictured with Thomas McLaughlin of Tadáias after he’d won the prize for Best Established Business at the Regional Finals of Ireland’s Best Young Entrepreneur.

Thomas McLaughlin of Tadáias Premium Cycling Apparel was the Donegal winner of the Best Established Business in December and he said he was thrilled to take the regional Title in the face of some strong competition.

“It is really great to win another award and to go on now to Google for the national final. It is more validation for the company and reward for all the hard work put in. It is great to have that from your peers.”

Thomas said that winning the Donegal award had already been a huge benefit to his business.

“Since the Donegal final there was a great boost to our web traffic, especially from the business community and there are a lot of cyclists in that community. A lot of people have come and found the company and we have got some big orders just based on IBYE success for sure.” 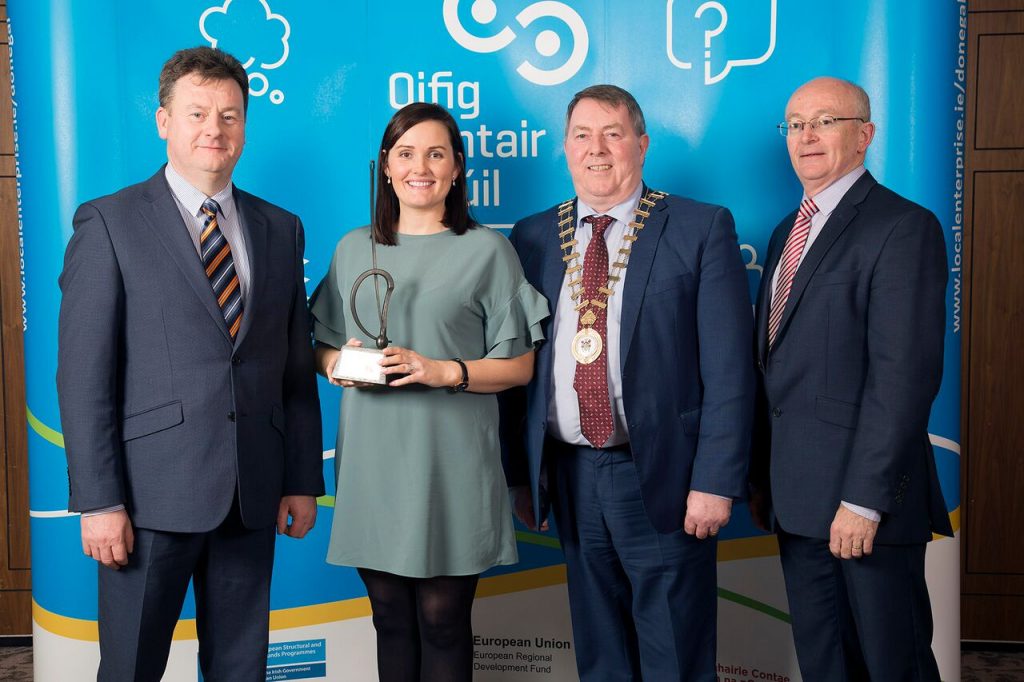 The Chief Executive of Donegal County Council, Seamus Neely, the Cathaoirleach, Cllr. Gerry McMonagle and Head of Enterprise in Donegal, Michael Tunney, pictured with Ciara McGlynn of Niche Specialist Systems after she’d won the prize for Best Start Up Business at the Regional Finals of Ireland’s Best Young Entrepreneur.

Ciara McGlynn of Niche Specialist Staffing Partners, made it a night of double success for the county when she took the award for Best Start Up Business.

A former player with the Republic of Ireland Soccer team, Ciara is no stranger to the big stage.

“I was asked that, how did playing for the Republic of Ireland prepare you for business on a global scale? What I told the judges was that anything I put my name to I am going to make sure it works and make it at the highest level possible. Whether that was for Republic of Ireland in soccer or Niche in international business.”

Ciara said that her business had benefitted immensely from winning the Donegal competition and she is hoping for more of the same now.

“We had a phenomenal boost after winning the Donegal final. We used it as a platform for our American clients as part of our Irish story and we generated two new clients from that. Hopefully this will have a similar impact and I really am looking forward to going to the national competition.” 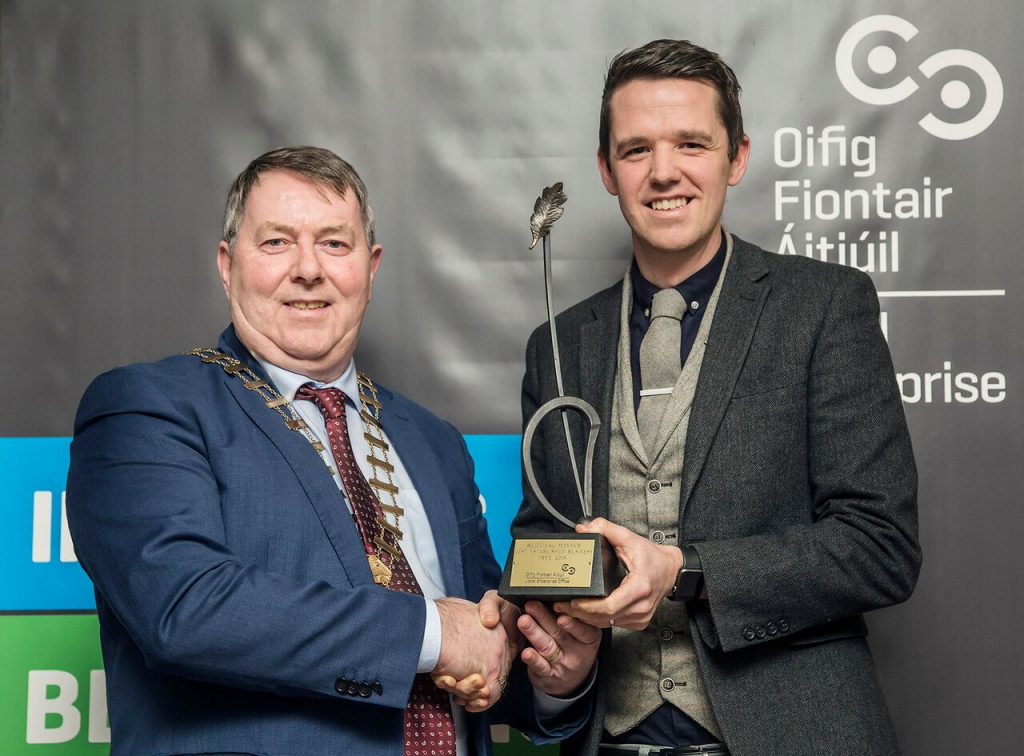 After a year of success Thomas McLaughlin, says the chance to fine tune the business plan and pitch again is something he is looking forward to.

“I’ll just go down and pitch, do my best and leave everything on the table. If you come out knowing you’ve done the best that you can do and are happy then that’s ok. If the judges decide someone is better that’s just the way it is, but if you give it your best shot then you can’t ask for more, so that’s what I will do.”

Earlier in the evening the Cathaoirleach of Donegal County Council, Cllr. Gerry McMonagle reminded all twelve of the finalists that they had arrived at the Regional Awards as winners – and they should be extremely proud of that.

“Over the past number of months you will have spent a huge amount of time on your business, fine tuning and improving, making the most of the expert advice on offer from your various Local Enterprise Offices.

Whatever the outcome in this competition, I am certain that expert engagement, those hours of planning and preparation, will help your businesses grow from strength to strength in the years ahead,” he said.

All of the businesses were also reminded by the Chief Executive of Donegal County Council, Seamus Neely, that engagement with their Local Enterprise Office gave them a platform to access the suite of supports and services on offer from their Local Authority.

Head of Enterprise in Donegal, Michael Tunney, echoed the comments of the Cathaoirleach when he reminded the businesses that they had already made huge progress in their business.

“I spoke with the judges after the competition and they were blown away by the standard of each of the businesses here. They really did have a difficult job and I urge all of you to continue work with your Local Enterprise Office and to keep building and growing your business.” 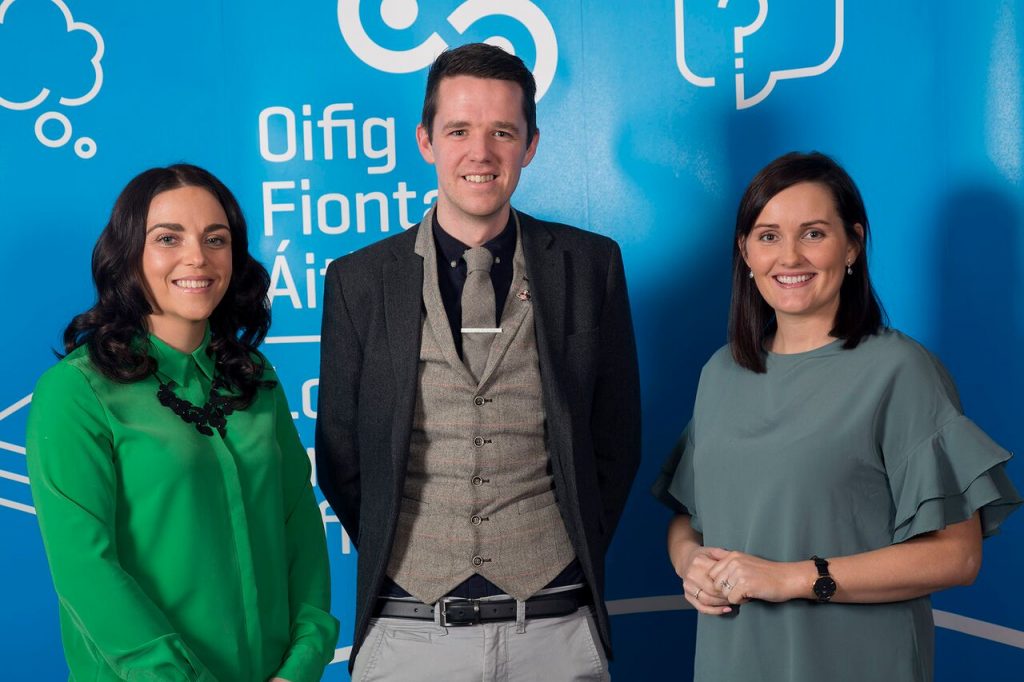 While Donegal won two of the three categories on the night, the winner of the Best Idea category was won by Sligo’s Noel Dykes, who pipped Donegal’s Deirdre Ward of Unlock, Longford’s Warren Belton of Magma Clava and Leitrim’s Raymond McBdie of Nowee for the title.

All three Regional winners now progress to the National Finals to be held in the Google Headquarters in Dublin on Sunday March 4.