The official unveiling and blessing of the new Fire Engine for Milford Fire Brigade took place this morning (Friday) at a special ceremony at Milford Fire Station.

The new ‘Class B’ Fire Engine, which cost over €400,000, was officially handed over to Station Officer Eugene McCafferty by Cathaoirleach Cllr. Gerry McMonagle following a blessing by Fr. Rory Brady and Rev Jonathon McCollum. 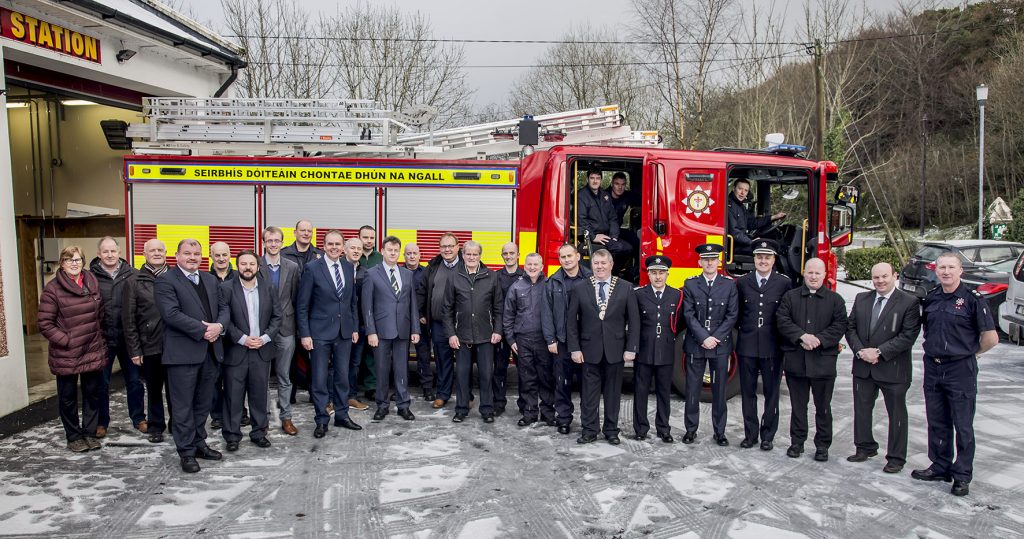 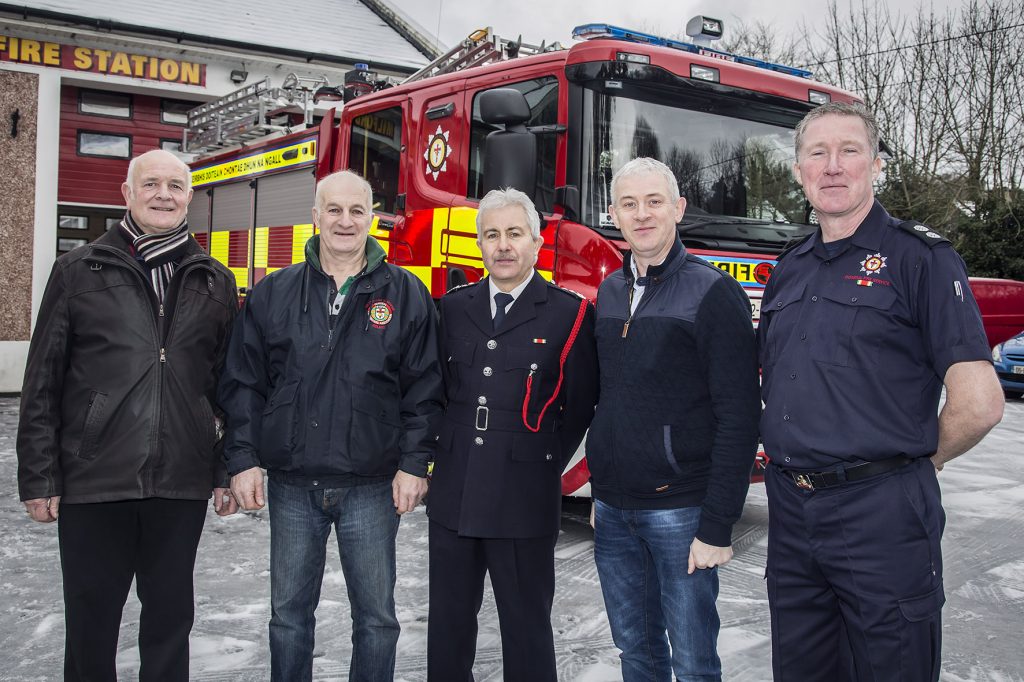 This new Fire Engine will now replace the old 1995 Volvo fire engine that was previously based at Milford Fire Station and which was one of the oldest front-line fire engines in the fleet.

The new Fire Engine boasts the very latest in fire-fighting technology including a compressed air foam system, more commonly referred to as a CAFS, which is very effective for fighting fires and protecting properties where water supplies are limited. It also incorporates the very latest in high visibility markings and emergency lighting to ensure the safety of the public when travelling to and attending at emergency incidents. 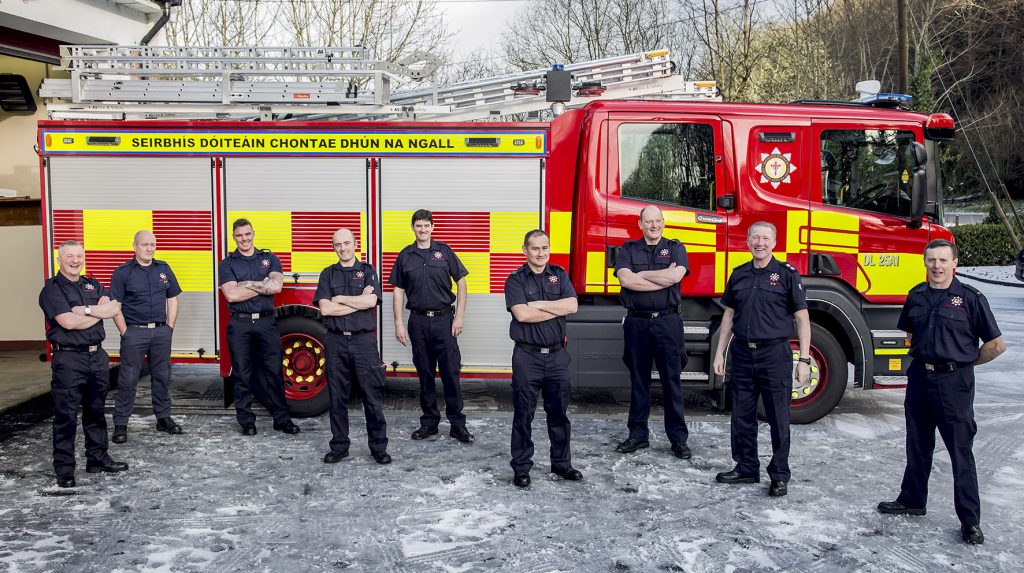 Station Officer Eugene McCafferty with firefighters from the Milford Fire Brigade at a special event in Milford Fire Station to mark the official unveiling of the new fire engine.

Speaking at the ceremony, Cllr McMonagle said “recent tragic events in Donegal and further afield serve to highlight the importance to the emergency services and I believe that it is very important that our fire-fighters have the very best of Personal Protective Equipment, specialist fire-fighting equipment and fire engines in order for them to carry out their role in the most effective and safest manner possible so that they can give people in distress the most help possible in the shortest space of time”.

According to Chief Fire Officer, Joseph McTaggart the new fire engine will enhance the ability of Milford Fire Brigade to deliver the operational fire service to the community it serves and has made a very positive impact on the average age of the overall fire brigade fleet within the Donegal Fire Service. 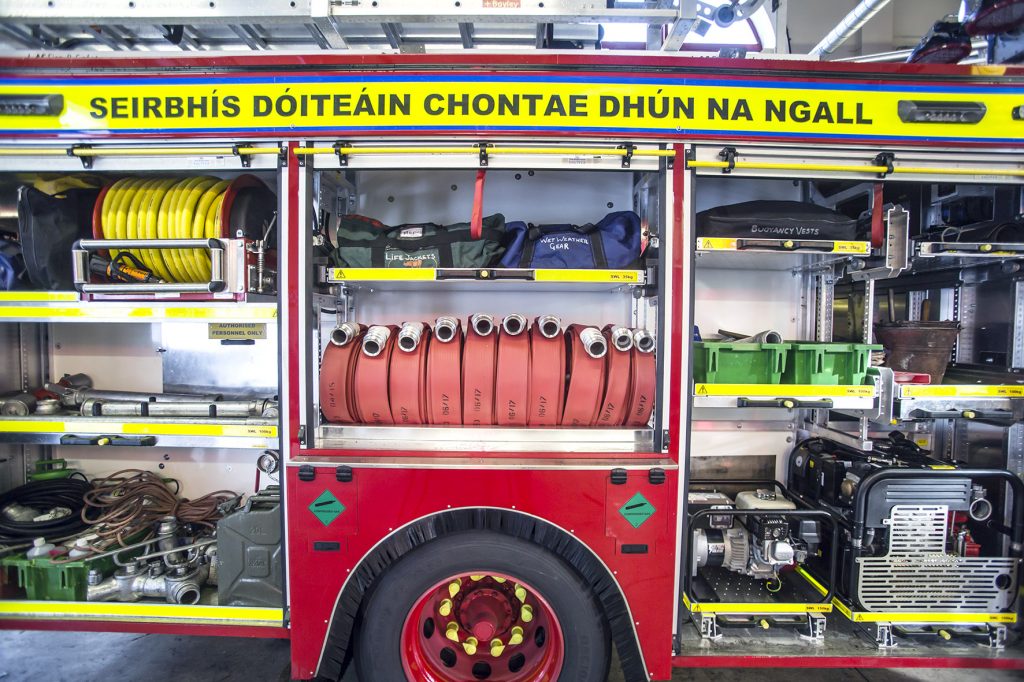 The new fire engine is based on the very successful Scania P320 chassis with integrated crew cab, providing seating for up to eight fire-fighters. It comes with an integrated water tank coupled with an on-board Godiva Prima main pump which is capable of pumping out 3,000l of water per minute at an average pressure of 10 bar.

It has an operational life span of approximately 20 years and it is anticipated that it will respond to approximately 60 calls per annum in the Milford Fire Station Ground Area, with these calls varying from small chimney fires up to the more serious building fires and road traffic collisions. 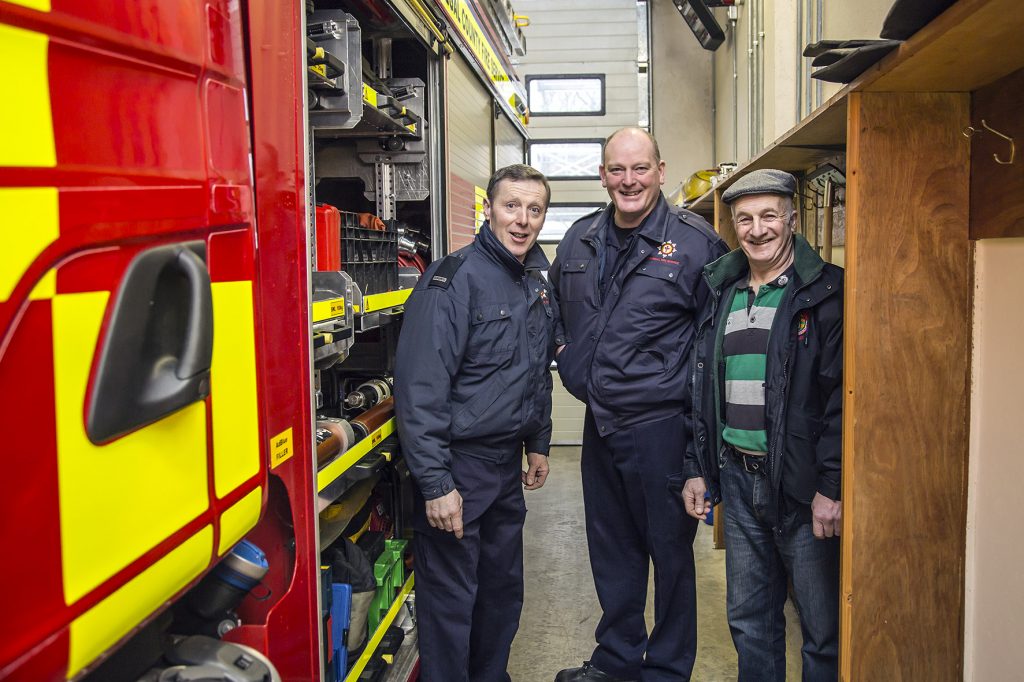 Enjoying a sneek preview of the new fire engine at Milford Fire Station on Friday morning. 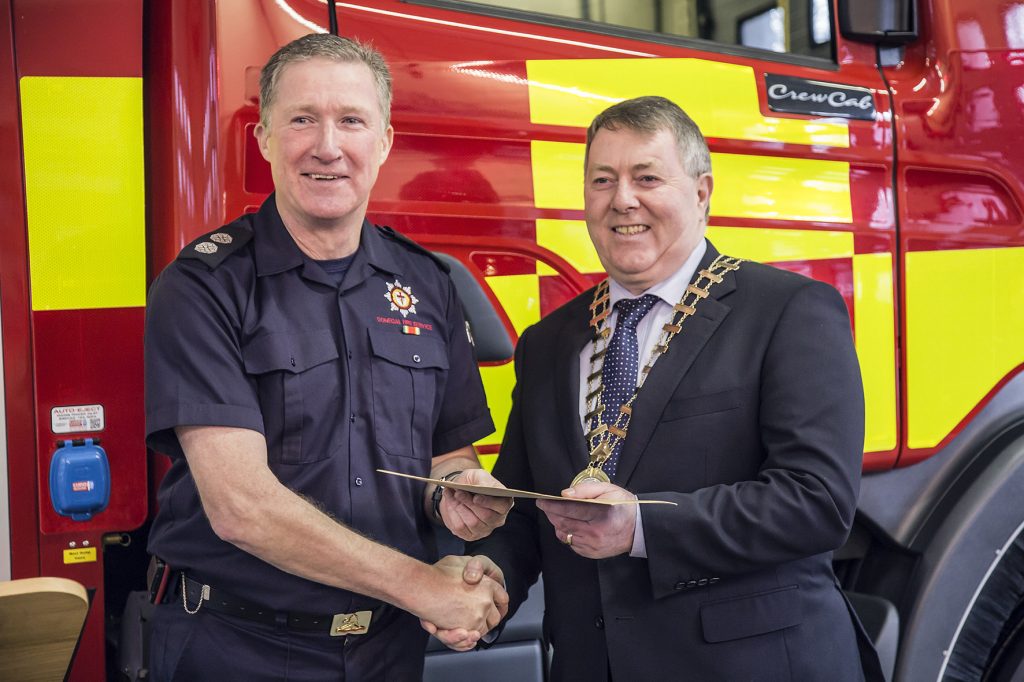 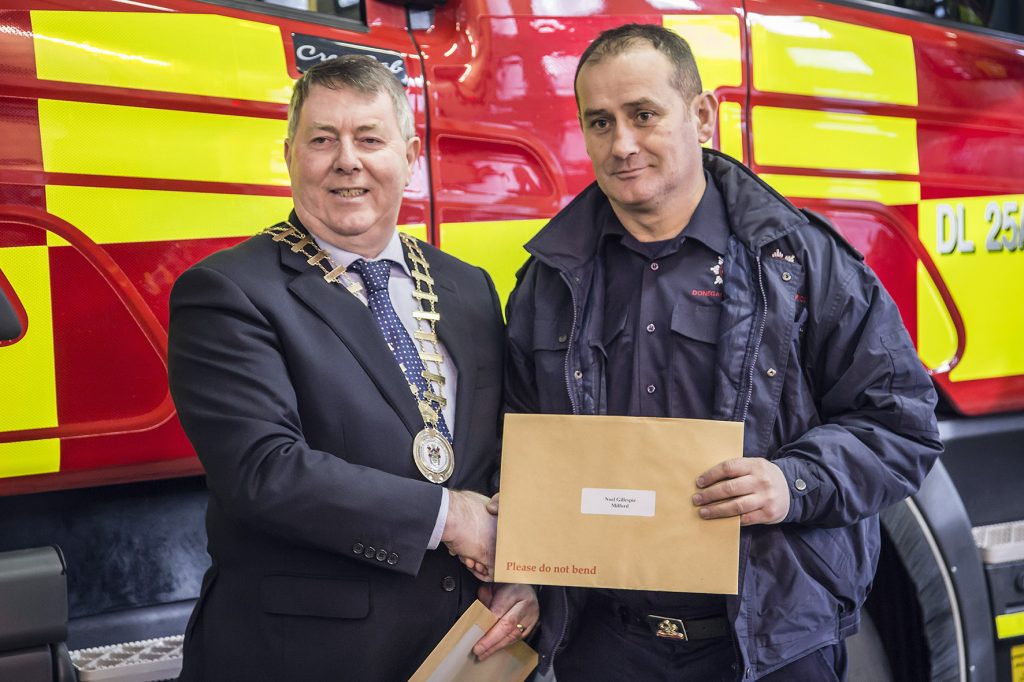 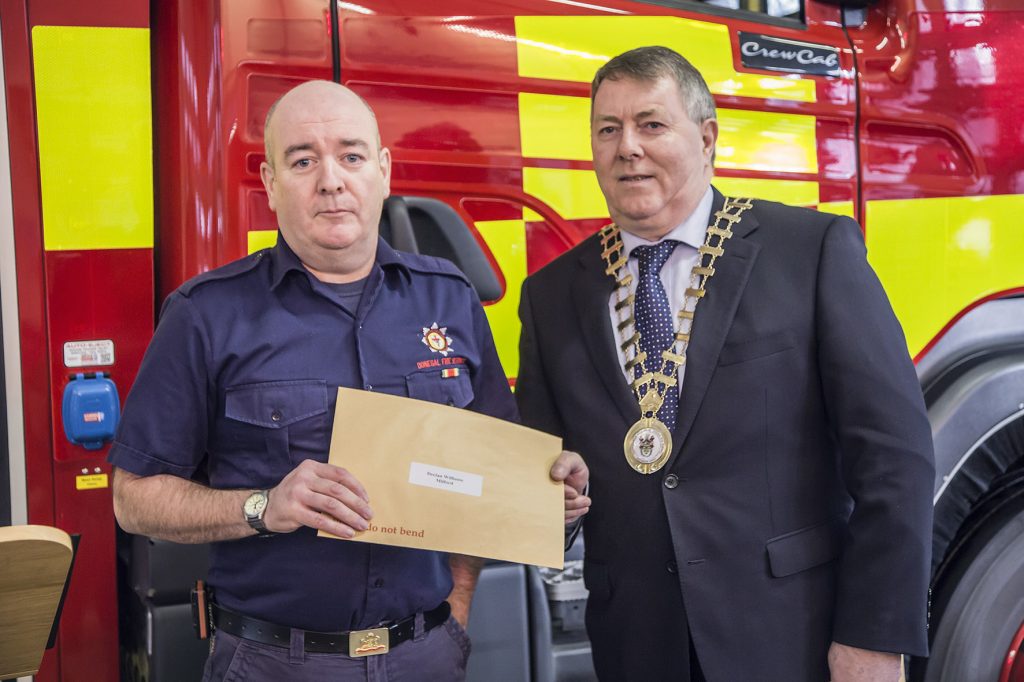 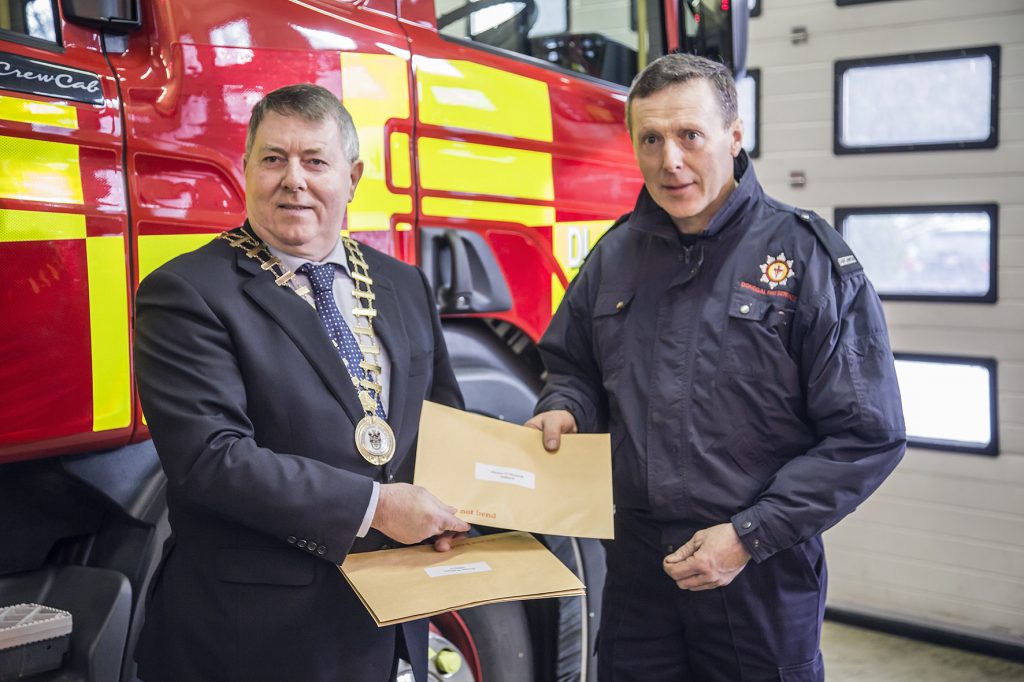 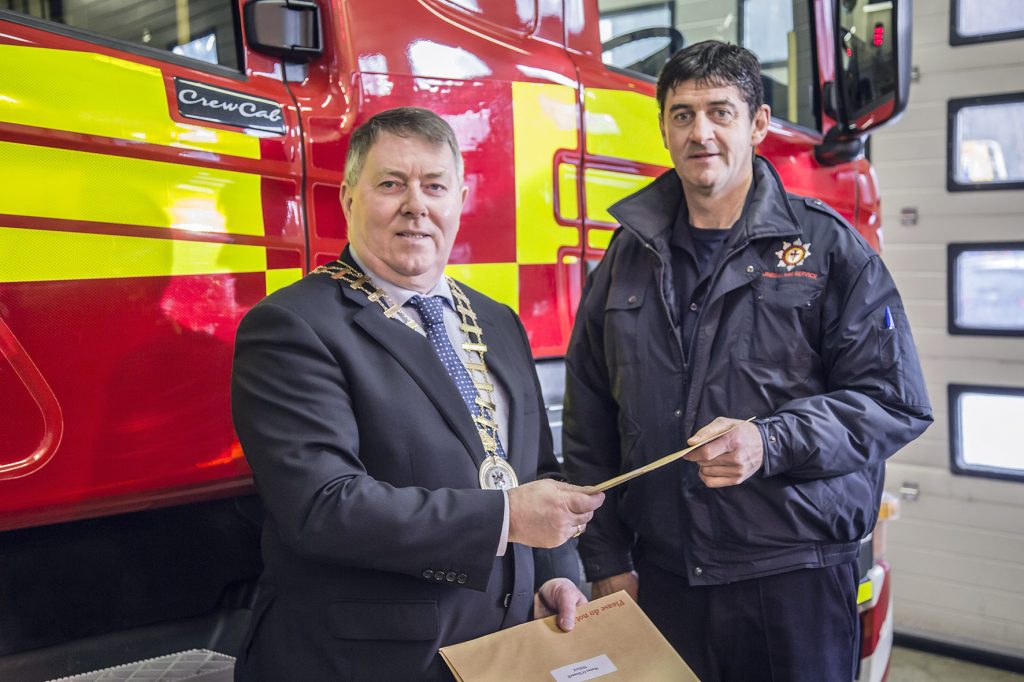 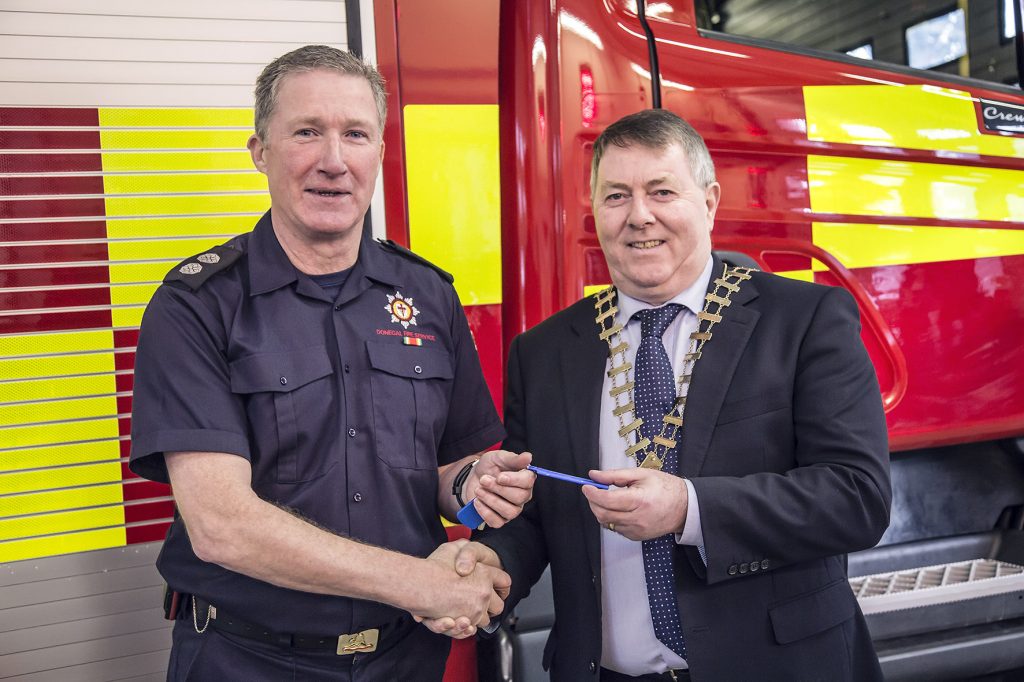