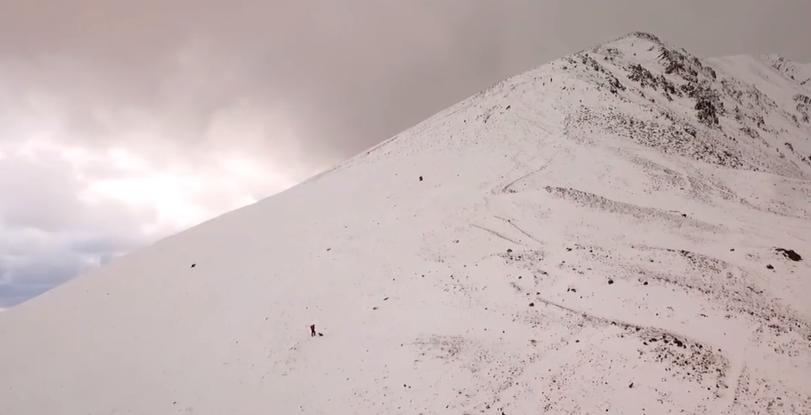 VIDEO: Watch as this daredevil skis down a snowy Errigal

Navigating the roads and footpaths in this weather is a challenge for most of us, but one man has taken to scaling Errigal in the snow and then skiing down from the summit!

Donegal mountaineer Iain Miller faced the high winds at the top of the county’s highest mountain on Thursday for this incredible ski stunt.

Iain Miller is an adventurer and instructor with Unique Ascent. While the weather was ideal, he said there were a few tricky moments:

Iain tells Donegal Daily, “The weather conditions were perfect with cold dry winds from the north west, the occasional squall but this added to the atmosphere.

“The snow conditions were primarily unstable windslab on east to south east slopes. Plenty of snow just not ideal to get any speed up on.

“As it turned out the descent was a little harder than I had first thought but again this added to the descent in that it was not straight forward.”

Do you have a video to share? Send it to [email protected]
VIDEO: Watch as this daredevil skis down a snowy Errigal was last modified: January 20th, 2018 by Rachel McLaughlin
Tags:
ErrigalIain Millersnow