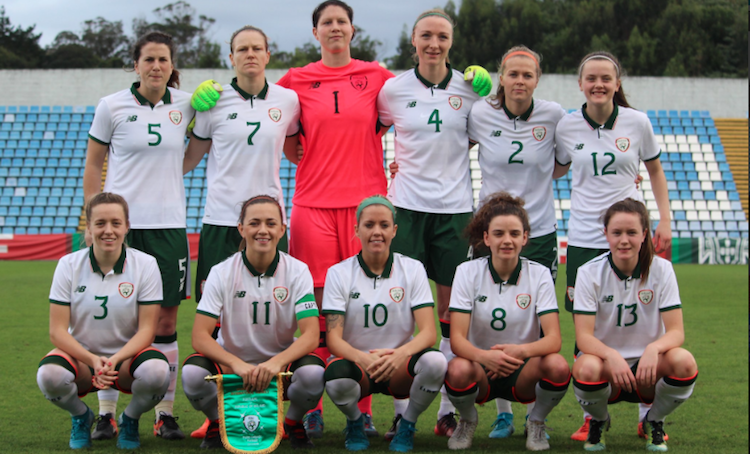 Tyler Toland got another 90 minutes under her belt as the Republic of Ireland Women’s National Team defeated Portugal 3-1.

In the second of this week’s friendly internationals, the Girls in Green were impressive winners.

St Johnston’s Toland started and played the full game while Greencastle’s Roma McLaughlin came in for the final nine minutes.

Goals from captain Katie McCabe, Leanne Kiernan and Louise Quinn secured the victory against the hosts, who qualified for the European Championships in the summer, with Diana Silva’s strike a late reply.

Peamount winger Heather Payne latched onto a loose ball on the half-way line and put Kiernan through down the right, and it was her brilliant cross which found McCabe to head home the opener.

Three minutes after the break, Kiernan had a deserved goal of her own. Niamh Fahey played a long ball forward and the Cavan-native used her blistering pace to beat the defender to the ball and fire home over the keeper.

Ireland continued to dominate the game with a McCabe long-range effort just tipped over in the 50th minute before Arsenal defender Quinn added a third and secured the victory.

Republic of Ireland WNT Head Coach Colin Bell said: “It was a deserved victory. We were much better today. I thought we were very sluggish on Thursday, maybe the long journey had an effect but that was much improved.

“We made a couple of changes and put two up front, and I think we created plenty of problems for Portugal. They’re a very good side but as soon as we scored the first goal, we were in control of the game and got the result.”